A simple, robust, and versatile way of molding all-liquid objects with potential applications in materials and life sciences. 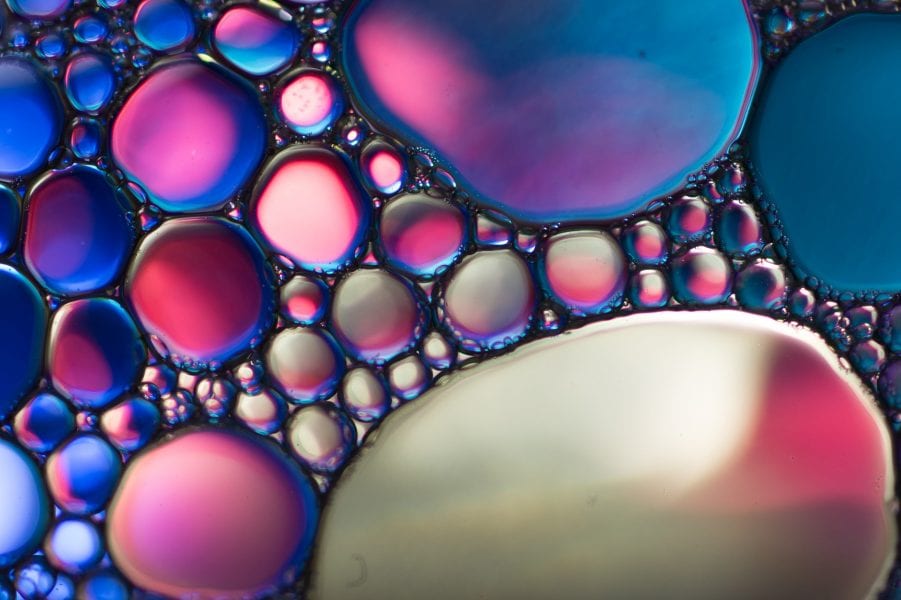 Nature is much better at making soft materials than us. Living creatures are made up of enormous numbers of soft objects, arranged into complex patterns, to make the most complex machines that we know of. Soft materials are interesting because they can be reformed and reshaped and, often, liquids can flow through them. If we want to be able to make materials as complex and useful as the ones nature produces, we need to become as good as nature at making soft materials.

There’s lots of ways to structure liquids. Most of them are known to us from cooking. Traditionally, people would shake mixtures or oil and water and add an emulsifier to stop the liquids separating out. Adding a thickener is another way of taking a liquid and making it keeps is shape. The resulting structures that get made this way are often complex, but they’re rarely complex in a way that is useful. However, people have been trying to shape and structured liquids in a more controlled way.

In their earlier studies, the group of Professor Thomas P. Russel demonstrated that electric fields can be used to change the shape of an oil droplet, and used nanoparticle surfactants to lock in the droplet’s new shape, and jam nanoparticles at liquid–liquid interfaces to produce liquid threads. Recently Russel’s group from the University of Massachusetts and collaborators from Beijing University of Chemical Technology in China showed that one can use a mold to shape a liquid.

The sculpted liquids they produced flowed just like liquids, but retained the shape and details of their mold indefinitely with high fidelity, just like a solid. They made mechanically robust liquid letters from both liquids and soft gels, which were encapsulated in a nanoparticle monolayer generated in situ at the oil/water interface.

As for the advantages of this method to structure liquids, the authors claim that process works with materials other than the demonstrated cellulose. They state that the particles can also be made of gold, or a semiconductor, or even proteins and viruses. According to the group, “This all-liquid system opens tremendous opportunities for making a generation of devices such as all-liquid reaction vessels, energy storage materials, and microfluidic devices. Extension to a roll-to-roll type system to fabricate multiple structures in series or in parallel is desirable and planned.”

“A new, simple, cheap concept like this gives researchers from all fields the chance to use all-liquid molding in their own work,” says Russell.

In the future, the authors plan to characterize the mechanical strength of the nanoparticle film, and study the stability of the structured liquid in detail, as well as determine the minimum size scale achievable, and extend the work to other all-liquid systems (like water-in-water).

Watch the video abstract of this research below, or read the video script here.

Text kindly provided by the authors and modified by M.E. Stournara.