The electrochemical performance of graphene/MoS2 heterostructures is optimised and the kinetics of their lithium storage mechanism are elucidated. 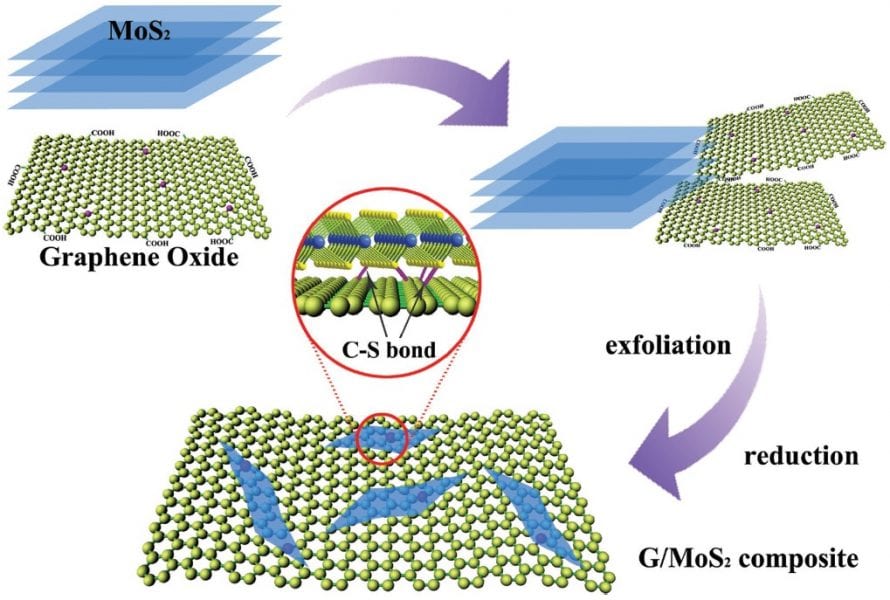 It took many years after the discovery of graphene for synthetic and analytical techniques to evolve, delivering sufficiently sophisticated samples and allowing a critical investigation of their properties. Since this graphene boom, a second rising star has appeared among two-dimensional materials, and the two are now being combined to form graphene/MoS2 composites. Such composites display the properties of both carbon and transition metal dichalcogenide semiconductors, promising for all sorts of electronics and energy applications. 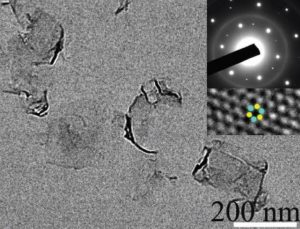 Researchers from Shandong University, China, have developed a method to produce graphene/MoS2 heterostructures and to optimise them for lithium storage, a key challenge in the world of batteries. To achieve the right dimensions, MoS2 was exfoliated through ultrasonication in the presence of graphene oxide, followed by a reduction process in hydrazine. This process gave 200 nm crystalline sheets of MoS2 distributed evenly on single-layer graphene, connected via C–S bonds.

Such a structure is expected to provide good electron and lithium ion transport while alleviating volume changes during cycling. 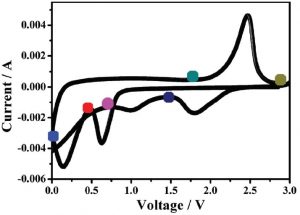 These researchers provide a detailed kinetic analysis of the lithium storage mechanism in the graphene/MoS2 composite.

Tests in a half-cell revealed charge and discharge capacities superior to other reported MoS2-based structures, with the highest specific capacity f ound for samples containing 7 wt% graphene. The lithium storage mechanism was explored via cyclic voltammetry and electrochemical impendence spectroscopy, revealing in detail the respective roles of the graphene and MoS2 during cycling, allowing them to determine that lithium-ion diffusion is the dominant process for this material. See their full kinetic analysis now in Advanced Materials Interfaces.