Leveraging the lung’s biogenesis to repair the heart

Stem cells found in the lungs can be redirected to the heart using a new inhaled antibody therapy to help boost healing following a heart attack. 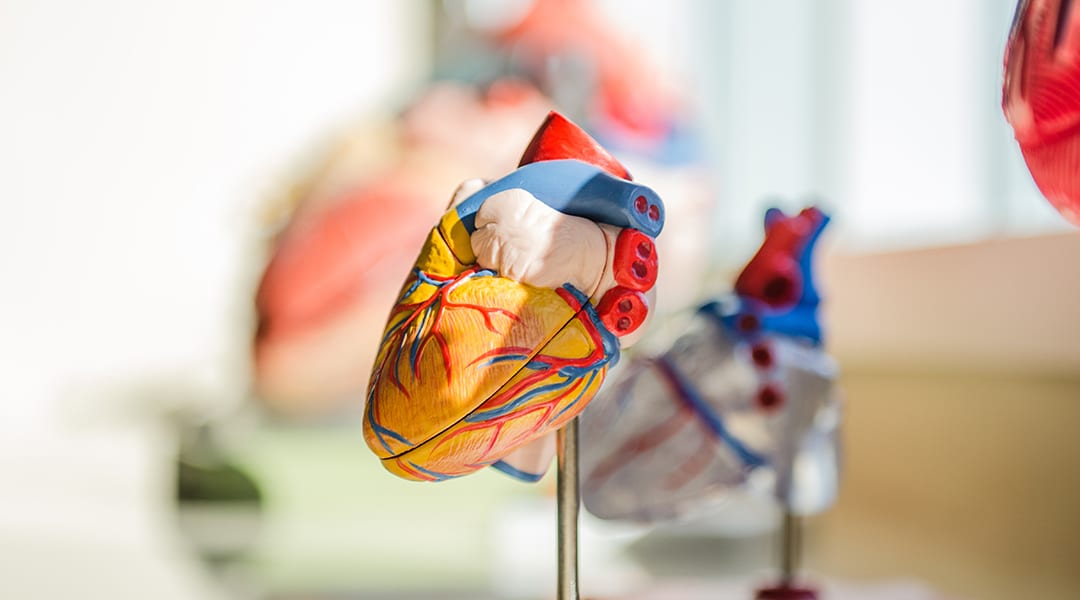 Cardiovascular diseases are one of the leading causes of death globally. Medical advancements have lowered a person’s risk of dying from an episode, but cell death and scar tissue that form afterward drastically increase the risk of eventual heart failure.

Stem cell therapy is a promising strategy used to help minimize long-term damage by regenerating new, healthy heart cells at damaged sites. However, their clinical application is hampered by poor cell engraftment, which comes with trying to grow new cells on a constantly moving organ.

Solutions to this have been proposed in the past, such as using durable patches to help the cells adhere to the heart surface, but a team of researchers from North Carolina State University propose that redirecting easy-to-access stem cells already found in the body could help spur repair in an injured heart.

“Stem cells have become […] important for cardiomyocyte regeneration over the last two decades,” wrote the team in their paper published in Advanced Science. “In fact, as [part of] the body’s own repair mechanism, endogenous stem cells from the bone marrow are recruited into the heart.” The issue, they point out, is that these stem cells lack the ability to properly target the heart, which hinders their ability to accumulate where they are needed.

In previous studies, the team demonstrated that heart attack biomarkers can be used to guide infused or endogenous stem cells to the site of cardiac injury. They also took advantage of cells called platelets, which help form blood clots and have an exceptional ability to target and accumulate in injured tissue.

“By taking advantage of the injury‐homing ability of platelets, we can target stem cells to the [damaged] area,” said the authors. “[However], this strategy has a caveat: most of the body’s endogenous stem cells are produced in the bone marrow, and these cells are difficult to access.”

The lung has recently been recognized as a site where both stem cells and navigator cells, such as platelets, are found in high concentrations. The team therefore sought to develop a strategy to link those two types of cells to provide an “in-house treatment” for repairing damaged cardiac tissue following a heart attack.

In this way, platelets can “piggy‐back” on stem cells found in the lungs called hematopoietic stem cells (HSCs) and bring them to the damaged site for repair, they said. To do this, they designed what is called a bispecific antibody, which is an artificial protein that can simultaneously bind to two different types of molecules. They are commonly used in treating cancers and different autoimmune diseases, but in the current study, the researchers used them to bind HSCs as well as platelets, to help the stem cells accumulate where they are needed.

An interesting and advantageous aspect of this strategy is the fact that the bispecific antibodies can be delivered through inhalation since their desired location is the lungs. Unlike previous strategies, this provides a safe, non-invansive, and convenient way of administration.

In the study, the team tested whether the inhaled antibodies could effectively link HSCs with platelets and redirect them to the injured heart, and bench-marked this route of administration against an intravenous infusion. It was found that the antibody therapy effectively conjoined HSCs and platelets, and the redirected stem cells helped promote repair and minimized inflammation at the site of injury, which led to increased cardiac function compared to controls. In addition, inhalation of the platelet-antibody therapy was found to be more efficient and specific than the intravenous route.

While there are limitations that still need to be overcome before this can move into clinical trials, this work demonstrates an innovative and easy approach to help boost heart healing and limit the long-term damage of heart attacks. The team is hopeful that this work can be used as a jumping point to help bring this type of treatment closer to clinical application.