The addition of a liquid metal anode enables the design of a deformable battery with some unusual characteristics. 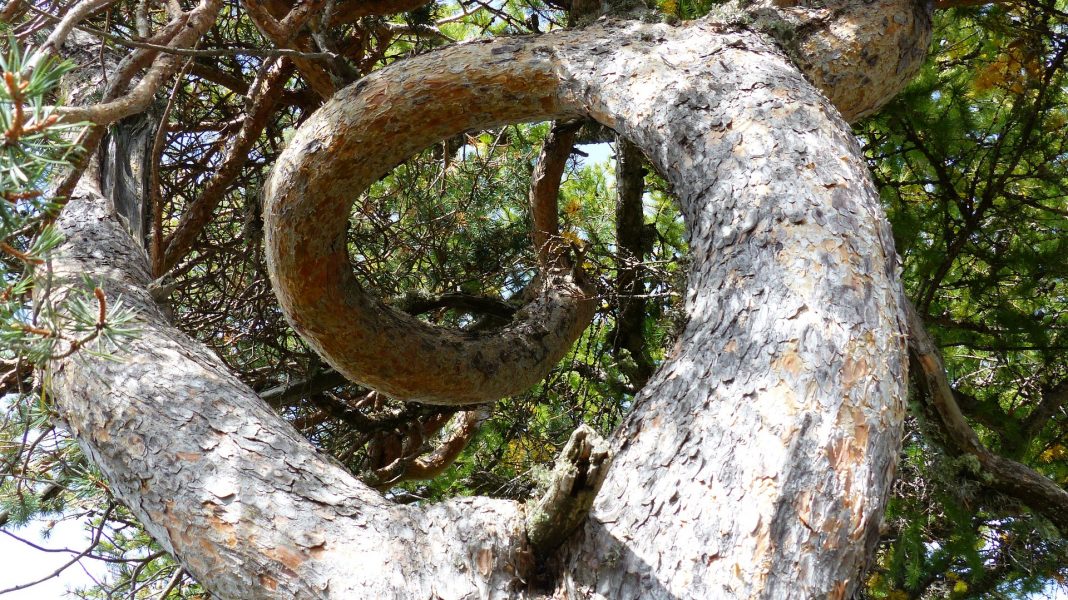 In order to service the ever increasing market for wearable electronics, the form of the humble battery is being radically altered. This new frontier of electronics demands batteries that are flexible, malleable, and durable. In this context, the field of soft electronics research is seeing a remarkable expansion. 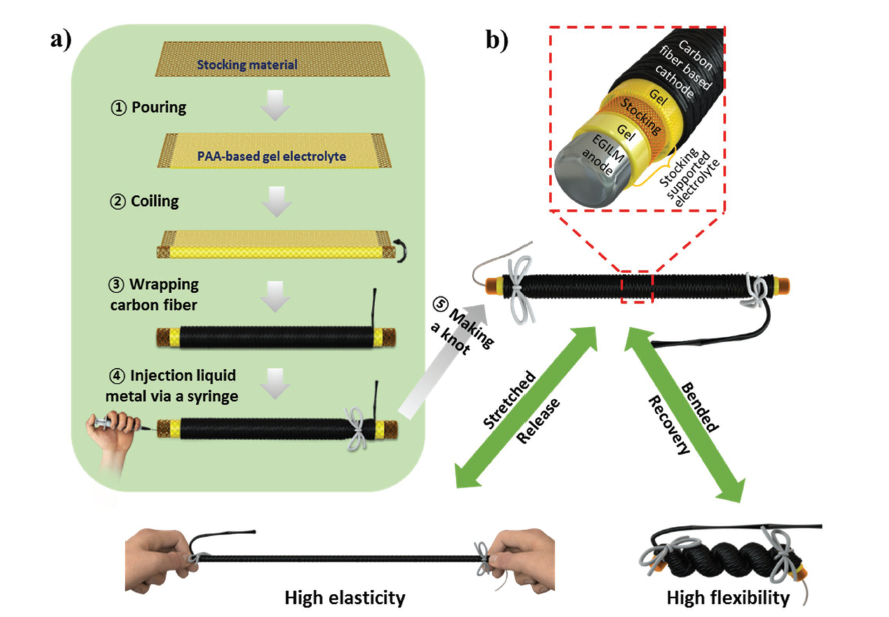 Of the standard battery components, cathodes and electrolytes lend themselves to softness. Electrolytes are often liquids, and cathodes can be made from fibrous carbon. Anodes on the other hand are generally made from solid metal. Early research in the field of soft anodes utilised operating temperatures of over 200 °C to liquify the metal. Recent work published in Advanced Energy Materials takes this idea one step further toward commercialization by using an anode that is a liquid at room temperature.

This liquid metal is a mixture of indium and gallium—a mixture of metals that is known to be completely non-toxic to the touch—termed EGILM. The new battery is shaped like a cable. Its gel electrolyte is wrapped in material taken from a pair of stockings, which is then wrapped in a layer of carbon fiber, acting as the cathode. Finally, the anode is injected into a compartment at the base of the apparatus (see image at left).

The current produced by this battery can be very easily controlled. Simply changing the amount of anode injected into the compartment gives predictable levels of current. Solving the problem of product accumulation at the anode is similarly straightforward. The anode compartment can be opened, the product removed, and a fresh anode injected.

Deformation of the cable-shaped battery resulted in minimal change to the performance of the battery. However, even a small reduction in performance rate is meaningful when such a battery would be likely to be deformed many times. The authors suggest that the drop in performance is likely due to the electrolyte, and suggest a new spherical design (image at right) for future work that may help to address this challenge.