The 2017 Journal of Polymer Science poster prizes for the Division of Polymer Physics (DPOLY) were recently awarded during the APS March meeting. 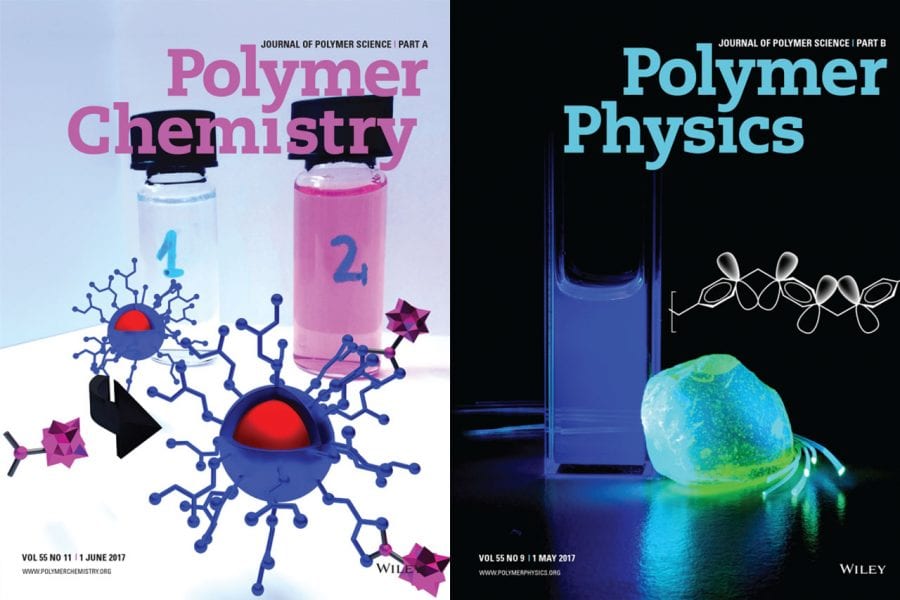 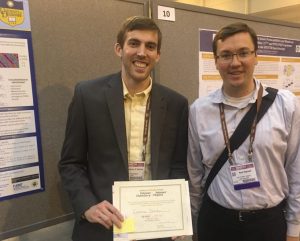 Cameron Shelton and Ryan Hayward, Professor at the University of Massachusetts, Amherst

The 2017 Journal of Polymer Science poster prizes for the Division of Polymer Physics (DPOLY) at the APS March meeting were awarded to three outstanding polymer scientists.

Cameron Shelton from the University of Delaware won first place for his poster entitled “Quantifying lithium salt distributions in nanostructured ion-conducting polymer domains: a neutron reflectivity study”. Cameron and his colleagues focused on quantifying the distributions of three common lithium salts within the ion-conducting poly(oligo(oxyethylene)methacrylate) (POEM) block of a lamella-forming polystyrene-POEM (PS-POEM) thin film. In order to establish this, they utilized the polymer-polymer and polymer-salt contrast gained from nondestructive neutron reflectivity (NR). 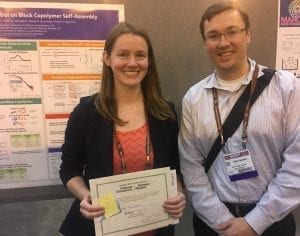 Emily Davidson from the University of California Santa Barbara won second place for her poster entitled “Impact of Helical Polypeptoid Polymer Chain Shape on Block Copolymer Self-Assembly”. Emily and colleagues demonstrated that increases in a polypeptoid chain’s degree of helicity increases chain stiffness, and this stiffness increase for chemically identical materials on the monomer level drives increases in the diblock domain 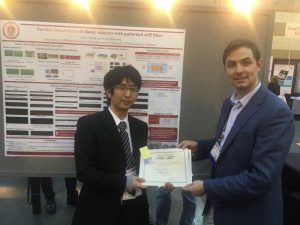 Tetsu Ouchi secured third place in the poster presentation for his poster entitled “Surface instabilities of elastic bilayers with patterned stiff films”. Tetsu and his colleague fabricated laterally patterned films of stiff material laminated on an elastomer substrate and analyzed the effects of the pattern geometries on surface instability modes. The work highlights the interplay between wrinkles and creases in polymer films.

Advanced Science News and the Journal of Polymer Science congratulates the winners and wishes them the best in their future research projects.