New core/shell structure nanoparticles have been reported by a team led by Peking University researchers. 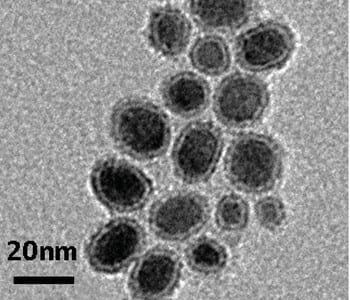 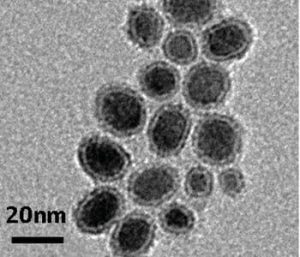 Multifunctional nanoprobes for simultaneous diagnostics and therapeutics are promising in overcoming cancer-related diseases. But due to incompatibility in the materials with different functions, traditional probes are often multi-composites with dimer or core/shell structure, which need intricate multistep-synthetic processes.

Now, new research for the fabrication of core/shell structure nanoparticles by a one-pot method has been reported by a team led by Peking University. “To achieve the object described, using one-particle to reach multifuctionalities is ideal – and this work achieves that,” says Dr. Yanglong Hou, Professor of Materials Science and Engineering at Peking University and senior author of a paper describing the work.

By applying the carbon layer of magnetic Fe5C2 as light absorber, the researchers have made it possible to incorporate high magnetic property and ideal near-infrared absorbance in a single particle. This allowed the probe to be a good candidate for magnetic resonance imaging, photoacoustic tomography and photothermal therapy, as well as improved stability. In addition, by conjugating a targeting ligand on the surface of the probe, it can selectively combined to the tumor site, highlight the potential for the tumor theranostics.