CRISPR is a newly developed, but rapidly advancing, genome editing technique that has advanced the nuclear imaging field by providing a means to fluorescently label a dead Cas9 protein fused with green fluorescent protein (dCas9-GFP), allowing scientists to microscopically track where certain proteins bind to the DNA. 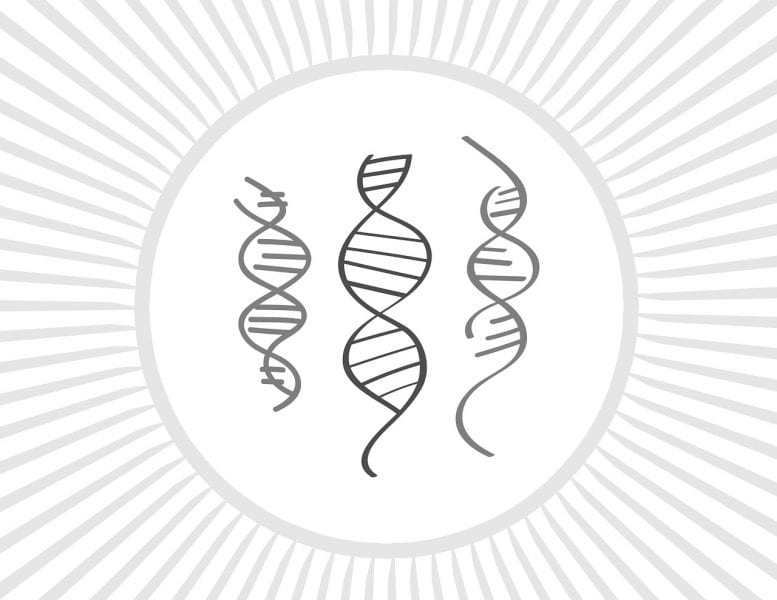 In grade school, children learn that DNA encodes for all life on Earth.  It is something we take for granted—that every cell in our bodies contains these small molecules hosted within a nucleus that lead to major parts of who we are, from the color of our eyes to genetic diseases such as Huntington’s Disease, Down Syndrome, or Progeria, a disease that results in premature aging symptoms in young children.  Many of these genetic diseases have unknown causes, treatments, or cures.  By unraveling unknown processes involving DNA, scientists will have the potential to learn how these diseases develop and manifest.

There are many processes that take place within the nucleus involving interactions with DNA.  These include relationships between various chromosomes, between proteins and DNA, between the nuclear envelope and DNA, or during transcription, the process of transcribing the DNA to mRNA, an important aspect of the central dogma of biology.  However, because of the microscopic scale of these processes, it is difficult to truly dissect nuclear dynamics, especially in live cells.  Recent work by several groups of scientists has revealed novel methods for observing several types of nuclear interactions within live cells.  These methods reveal a stark contrast to older biochemical techniques that utilized fixed cells to learn about the nuclear environment at certain time points.  These older techniques reveal snapshots of nuclear events that are important in advancing our knowledge base, but they can also act as barriers to truly understanding how these processes essential to life can be affected by pharmaceuticals, aging, mechanical damage, or genome editing.

CRISPR-Cas9 is a newly developed, but rapidly advancing, genome editing technique that has sparked attention all over the world, from the scientific field to the general public through podcasts and other news outlets.  This tool has advanced the nuclear imaging field as well by providing a means to fluorescently label a dead Cas9 protein fused with green fluorescent protein (dCas9-GFP), allowing scientists to microscopically track where certain proteins bind to the DNA.  While in the beginning stages of advancing the field of nuclear imaging, this technique will no doubt be at the forefront of future discoveries on nuclear processes.  This is merely one example of how advanced, live nuclear imaging can begin to unleash information on nuclear interactions occurring in a living cell.  Consequentially, similar techniques will reveal new methods for understanding the underlying causes of the genetic diseases that are rampant around the world.

Read more in a recent article from WIREs Systems Biology and Medicine from Guo Huang’s group at the University of California, San Francisco.