An insect-inspired technology helps break a 25-year-old paradigm in robotics. 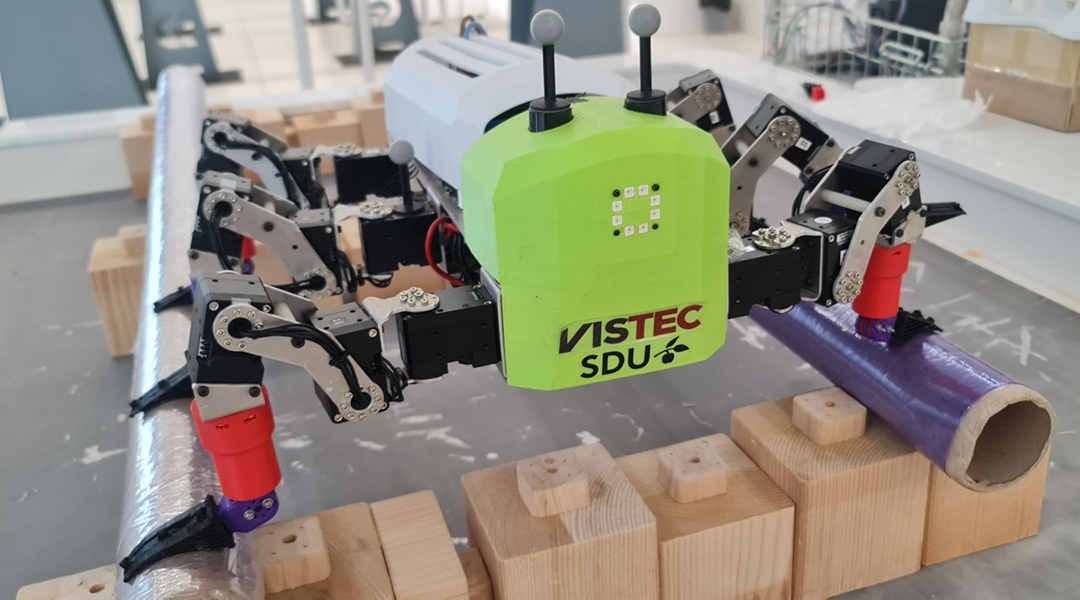 Almost a quarter of a century after the German biologist Leif Kniese introduced the Fin Ray effect — a concept used to develop robotic gripping for almost 25 years — an international research team, led by Professor Poramate Manoonpong from Syddansk University (SDU) in Odense, has now challenged this standard in robotics.

The Fin Ray gripper is composed of soft fingers connected by hard, triangular crossbeams that buckle and deform to conform around objects. To make improvements, the team drew inspiration from insects.

“We know that many animals are able to [grip or attach themselves] to surfaces using compliant pads or feet,” said Manoonpong, who is a professor of biorobotics. “We could see that the angle of insects’ attachment pads was different.

“Previous work has already investigated changing the angle of the gripper, but none have conducted detailed investigation on the effect of different crossbeam angles inside its frame,” he added.

By just changing the angle of the Fin Ray’s transverse beams from 90 degrees to smaller angles, the device bends more readily around objects to provide a stronger hold that requires less force. This is because the 90-degree crossbeams are more rigid, but by changing their angle, it takes less force to make them bend.

“It means that we can save up to around 20% of the [robot’s] energy, [and] take a gentler approach,” said Manoonpong. “We can use the gripping mechanism for a robot gripper [that can] handle very delicate and fragile items, like foods, and apply significantly less force or energy. It could have an impact on the way the entire industry makes [robotic] grippers.”

The new gripping technology can also be applied to a robot’s feet to help it walk through tricky terrains. “If you use traditional robotic feet, the robots will walk uncertainly and slowly over impassable terrains, such as rocky ground or directly on a pipe, which is something the oil and gas industry requires,” said Manoonpong.

The researchers compared the traditional construction from Kniese with their new robotic feet, which implement a 10-degree angle on the transverse beams. In lab tests, where the robot was required to walk across a set of pipes, the new feet provided better grip as they bent more readily around the pipe.

“We could also see that the robot used much less energy and moves faster because a significant part of the foot has contact with the pipe,” Manoonpong said.

When the new feet were used in a rocky terrain, the researchers were stunned. “It’s a bit like [wearing flippers], something we would typically never wear to walk on a rocky beach, for example,” laughed Manoonpong.

The results were quite surprising, as the flipper-wearing robot was able to easily transverse the rocks. The new feet allowed it to “grab” onto stones, making walking easy. “[This] entirely impossible if you use traditional robot feet,” said Manoonpong.

Although the results are promising, this research is based on a gripper made of very soft material. The team is now facing the challenge of making a gripper that will not only bend and grip, but will also be sturdy and robust enough to handle any environment.