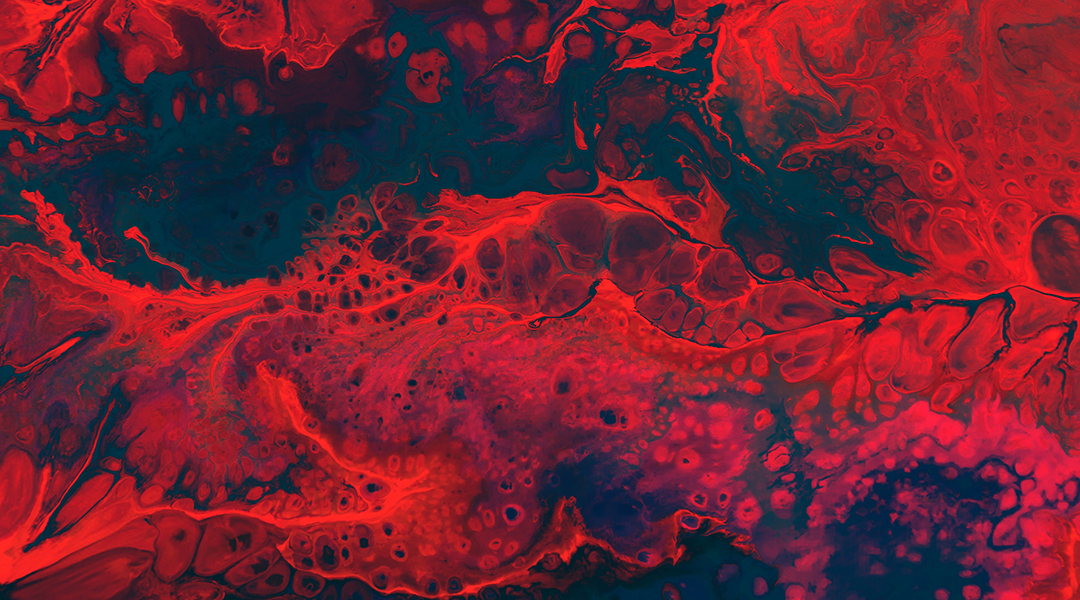 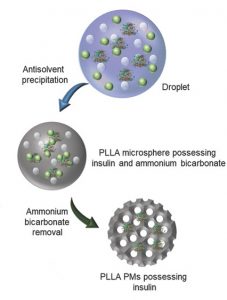 Diabetes is a chronic disease that occurs when the pancreas does not produce enough insulin or when the body cannot effectively use the insulin it produces. Insulin is a hormone that regulates blood sugar and is central to the treatment of type 1 (and in some cases, type 2) diabetes.

Insulin injections are proven to work well in maintaining a patient’s blood sugar, but patients are often hesitant to make the transition to insulin due to its adverse effects, such as hypoglycemia and weight gain, and because this method of administration can be uncomfortable, especially given the frequency that it is required. Patients with a phobia of needles must suffer through treatment.

Alternative routes of administration have been highly sought after, and pulmonary delivery has attracted much attention as it has the advantage of a larger surface area of absorption and ease of administration. The first FDA approved dry powder-based inhalation formula of insulin, Exubera, became available in 2006. However, it was voluntarily withdrawn in 2007 due to low sales, likely as a result of the high cost of the inhaler, its impractical size, an unconventional dosing units (which may have confused patients), and an FDA warning for potential lung cancer.

New technologies for inhaled insulin are aimed at improving formulation through enhanced delivery systems. In 2014, the FDA approved Afrezza inhilation powder, which employs a smaller, easy-to-use inhaler that uses a unique carrier system that adsorbs insulin to form microparticles, which are delivered to alveoli by inhalation. However, dosage and efficacy are still limited as a result of variation in lung deposition of solid powders. In addition, Afrezza is contraindicated in patients with chronic lung diseases such as asthma and chronic obstructive pulmonary disease.

In a recent collaborative study, Prof. Ai-Zheng Chen of Huaqiao University, Prof. Yu Shrike Zhang of Harvard Medical School, and coworkers sought to address these issues by developing an efficient platform for insulin delivery and inhalation therapy based on supercritical carbon dioxide (SC-CO2).

To date, several techniques have been developed to produce inhalation powders, however, supercritical fluid possess several advantages such as sustained release function, precise control over particle morphology, and removal of organic solvents from the final products. In addition, supercritical fluid technology is a mild and efficient process that better retains the bioactivity of sensitive molecules, such as proteins, when compared to other processes like freeze drying or spray drying, used in Afrezza and Exubera, respectively.

Cytotoxicity and quantification of acute lung injury were explored, and results from these experiments indicate an excellent biocompatibility. Lung deposition and biodistribution studies in rats were performed to evaluate the efficacy of insulin delivered through the microspheres. As shown in Figure 2, fluorescently labelled insulin was observed in the kidney, spleen, liver, and lungs, revealing that fluorescently labeled insulin (and possibly insulin) delivered via the PLLA porous microspheres are well-absorbed, achieve excellent distribution, and subsequently led to the pronounced hypoglycemic activity in the treatment of type II diabetes.

While still in preliminary stages, this study is an excellent example of a novel particulate formulation for delivery of sensitive biomolecules, and could potentially be extended to alternative therapeutics to treat different diseases using inhalation therapy.