An Improved Catalyst For Producing Hydrogen Fuel From Sunlight and Water

Prof. Jinlong Gong and his colleagues at Tianjin University are working on novel materials for photoelectrochemical water splitting. 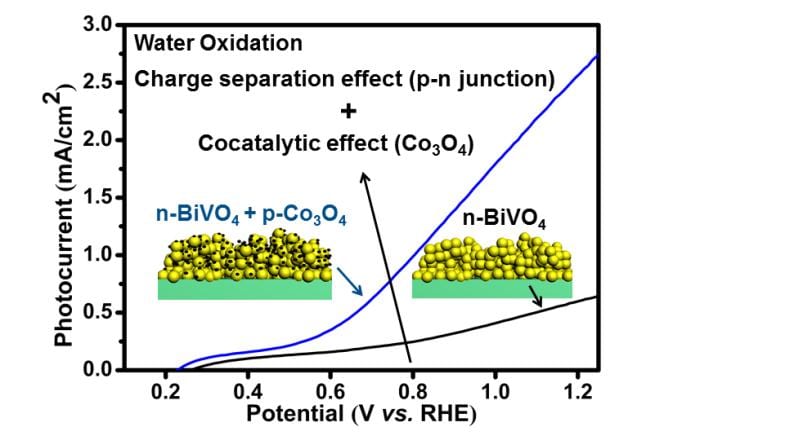 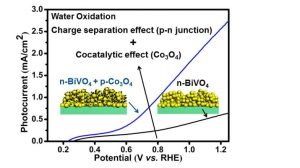 Hydrogen is considered as the ultimate green energy because its combustion waste is water. Challenges hydrogen fuel faces include high production costs and limited availability, and it needs to be obtained from renewable sources. Since sunlight is clean, free and renewable, scientists now have spent several years developing ways to generate hydrogen using sunlight.

Photoelectrochemical (PEC) water splitting using sunlight has been widely regarded as one of the most promising routes for hydrogen production. However, the overall efficiency is limited by poor charge transport and sluggish water oxidation.

Prof. Jinlong Gong and his colleagues at Tianjin University are working on novel materials for PEC water splitting. They have recently developed a cocatalyst which significantly promotes the bulk charge separation and thus increasing the photoconversion efficiency.

They introduced discrete nanoisland p-type Co3O4 cocatalysts onto n-type BiVO4, forming a p−n Co3O4/BiVO4 heterojunction with an internal electric field to facilitate charge transport. Being highly dispersed on the surface of photoanodes, the nanoisland cocatalysts could suppress the formation of recombination centers at the photoanode/cocatalyst interface. Upon loading of cocatalyst, an AM 1.5G photocurrent of 2.71 mA/cm2 at 1.23 V versus the reversible hydrogen electrode for water oxidation was obtained, which is the highest photocurrent yet reported for Co-catalyzed undoped BiVO4 photoanodes, with a photoconversion efficiency of 0.659%.

This work provides insights into the rational design of the photocatalysts and oxygen-evolution cocatalysts structure, paving the way to further enhance the PEC activity.