Researchers from the Chinese Academy of Sciences report optical waveguide hydrogen peroxide sensors based on a reactive sheath and a nanowire core. 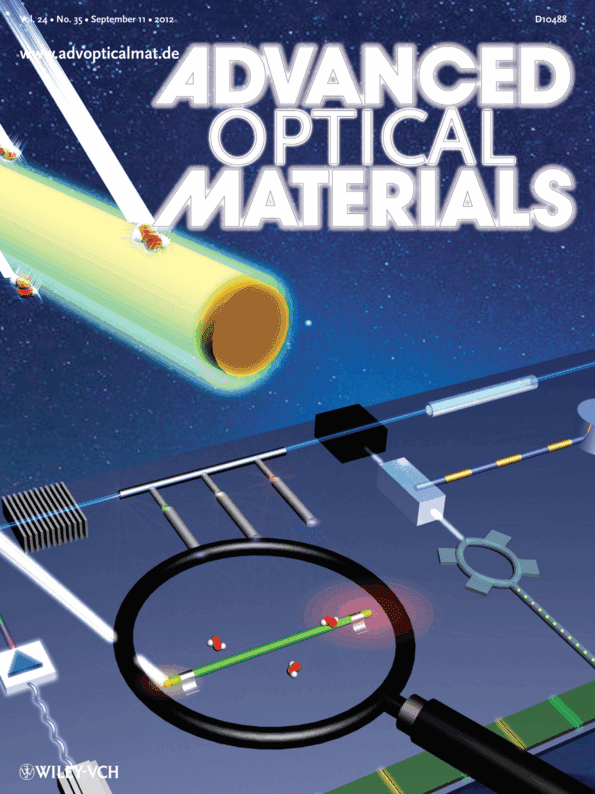 Hydrogen peroxide sensors are needed for bio-imaging, healthcare, and anti-terrorism applications. Despite its scientific and technological importance, direct detection of hydrogen peroxide remains a challenge since it lacks UV absorbance, fluorescence, or direct ionization. Contrast agents like peroxalate esters react with H2O2 to generate high-energy intermediates, that can in turn transfer energy to a fluorescent dye, resulting in low-level detection.

Now, scientists at the Chinese Academy of Sciences in Beijing have coupled a reactive oxalate to an inert nanowire core to produce an optical waveguide hydrogen peroxide sensor. The work is reported in the latest issue of Advanced Optical Materials.

The researchers describe how these core/sheath structures have multiple advantages over single-component or uniformly doped nano wires. The chemo-selective shell is specific to a single analyte (in this case, H2O2). The nanowire core is insensitive to the analyte, so it can be fully inserted into the testing atmosphere. And, the large aspect ratios of the core/sheath waveguides ensure fast diffusion, instant capture, and wave guiding amplification of the fluorescent signal.

The nanoprobes have fast response times (35 ms) and detection limits of 40 ppb,

The researchers anticipate analytical chips that could combine multiple kinds of core/sheath nano wires to detect a range of compounds quickly and at different concentrations.

The paper, “Hydrogen Peroxide Vapor Sensing with Organic Core/Sheath Nanowire Optical Waveguides”, is free to download for a limited time.