How do you sample blood in a non-invasive way?

Graphene-based biosensors incorporated in arrays of microneedles are emerging as an alternative to hypodermic needles and could be the next generation of blood sampling devices. 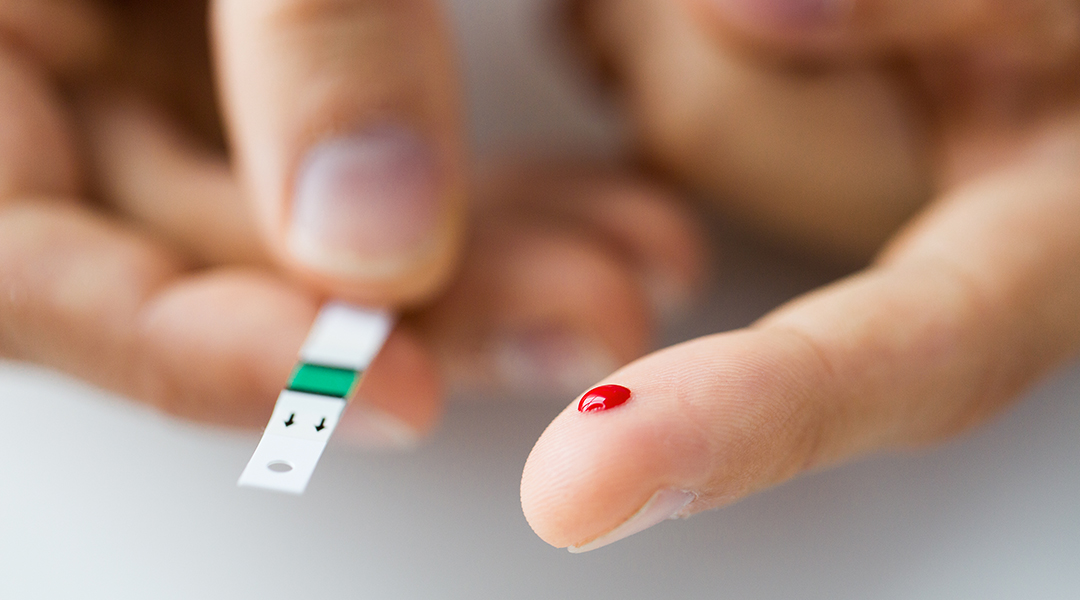 Advancements in biosensors and electronics are making real-time disease monitoring and detection easier and safer, with new sensors capable of detecting single biomolecules in complex mixtures—a feat that was once unheard of.

For patients with diabetes, creating a non-invasive and long-lasting wearable sensor capable of monitoring blood glucose levels and perhaps even administering insulin based on its readings would replace the need for hypodermic needles, which can be unpleasant, even painful for some.

But how does one monitor the blood in a non-invasive way?

This is where nanotechnology comes in. The thought of walking around all day with a normal-sized needle sticking into your arm gathering blood samples is quite gruesome, but what if the needle was microscopic? You wouldn’t feel a thing.

This is the concept behind “microneedles”, which are applied in arrays directly to the skin with the purpose of delivering drugs or taking blood, just like larger needles but without causing any pain.

The concept was actually developed almost 30 years ago, with many proof-of-concept microneedle-based sensing systems developed and tested to detect specific analytes, from small molecules to proteins and even DNA. However, they have not yet been able to make it to commercialization.

“There are significant challenges related to the viable commercialization of these microneedle-based sensing systems such as large-scale and cost-effective fabrication, long-term reliability and stability under extreme environments, the limited penetration of microneedles, tissue damage and biocompatibility,” said Roger Narayan, professor in the joint Department of Biomedical Engineering at the University of North Carolina and North Carolina State University.

But research in this area has been picking up with breakthroughs made in nanotechnology in recent years. Graphene is one such nanomaterial that and Narayan his colleague Tanveer Tabish, a research fellow at the University College London Cancer Insitute, indicate could be a step forward in this area.

This is because graphene is a unique 2D material made of a single layer of carbon atoms arranged in a continuous hexagonal pattern. It is extremely thin, lightweight, and conducts electricity.

“With advantages of graphene, such as cost-efficient and environmentally-friendly synthesis, flexibility, reliable detection of analyte, and biocompatibility, it is indeed an important biosensing platform that may enable early detection of disease and in parallel, allow for continuous monitoring of disease progression in response to treatment,” said Tabish.

Graphene has already found application as a sensor, where changes in its electric current as a result of interactions with different analytes can be analyzed and used for identification.

“In recent years, graphene has been used to monitor glucose in the skin both in ex vivo tissues and in an in vivo model over six hours. This calibration-free, non-invasive strategy to monitor glucose opens new mechanisms for glucose monitoring that do not rely on invasive blood sampling,” added Narayan.

Graphene-based sensors have also been used to identify biomarkers such as hydrogen peroxide, which is over-expressed in many types of neurodegenerative diseases and different forms of cancer. “Accurate and rapid detection of H2O2 is a focus of research activity for this reason,” wrote the authors.

Sensors have been tested which integrate nanomaterials, such as graphene oxide and platinum nanoparticles, onto the surface of microneedles, which are applied to the skin via a patch. In the presence of hydrogen peroxide, the graphene/Pt become oxidized, and this chemical reaction triggers a signal to the sensor, alerting the wearing to the presence of the peroxide — and potentially an underlying disease.

“The next step is to test the feasibility and efficacy of graphene-based devices in humans. However, important questions still need to be answered before the successful translation of this technology into clinical settings,” said Narayan. “For instance, is continuous and reproducible functionality of the device to detect glucose over 24 hours possible? Will the device report glucose levels efficiently when subjected to ambient temperatures and exercise?”

While researchers have their work cut out for them, the team feels the field is making promising strides and will lead to some life- saving technologies in future.