How do nanoplastics affect crop yield and nutrition?

From soil to the seed, nanoplastics were shown to accumulate in rice and peanuts with potential affects on crop yield and nutrition. 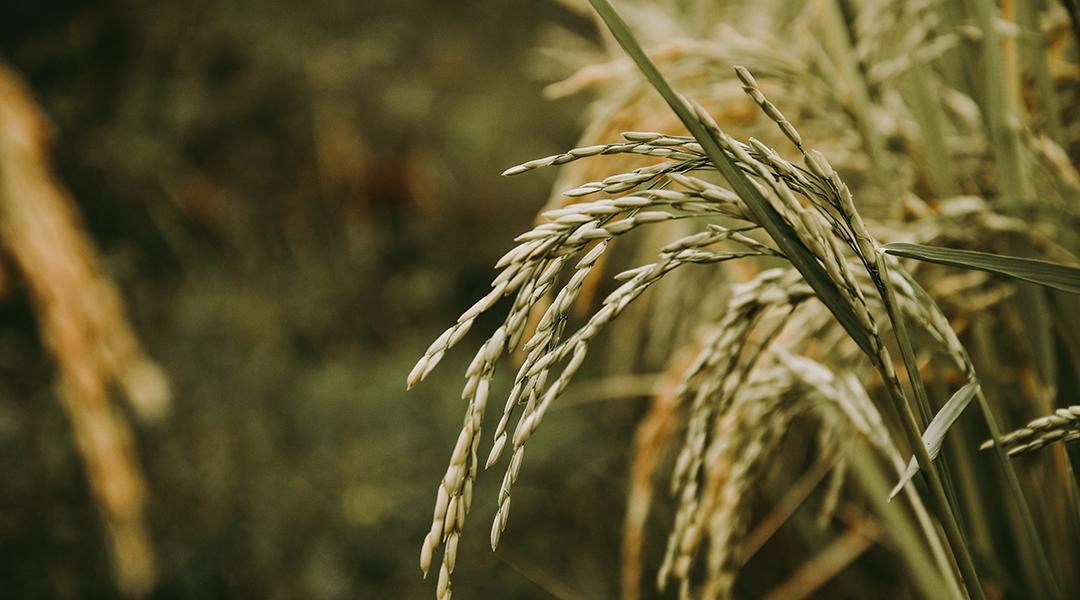 From the oceans to the tops of mountains, plastic has migrated to all corners of the globe. As copious amounts of plastic products breakdown, nanometer-sized particles called nanoplastics accumulate in the strangest of places, such as in animals, such as fish and birds, and now even in human tissue.

Like other animals, we are exposed to nanoplastics via our airways and diet. But what about plants who absorb their nutrients from the soil? Researchers at Zhejiang University in China designed an excellent set of experiments to see if and how plants might absorb and incorporate plastics into their bodies.

“Previous studies looked at nanoplastics getting into the roots of plants and also bacteria and animals,” explained Ruhong Zhou, professor at Zhejiang University co-author of this new study. “The question we try to look at here is to see if these nanoplastics can also get into the crop grains and affect the quality of foods.”

To investigate, they placed rice and peanuts plants in soils with increasing concentrations of polystyrene nanoplastics and observed the effects on seed production and quality. Polystyrene is one of the most used and potentially hazardous types of plastics due to a high ratio of aromatic components. The selection of plant species was important too because peanuts grow underground while rice grows above.

Unfortunately, for both plants growing in high concentrations of nanoplastics the results, now published in the journal Advanced Science, were not promising.

After over 100 days growing in the nanoplastic-infused soil, the team used several methods—including scanning electron microscopy, Raman spectroscopy, and Fourier-transform infrared spectroscopy — to confirm the plastics presence in the rice grains and peanuts. Next, they investigated whether nanoplastic exposure influenced the plant and its production of seeds.

No changes in plant traits, such as height or tiller number (an indicator of yield), were observed. However, at the highest concentration tested—250 mg / kg-1— the seed weight of peanuts was decreased by 3.45% and the number of empty rice shells increased by 35.5% compared to control plants grown in plastic-free soil. According to the researchers, this shows nanoplastics can affect crop yield.

When assessing seed quality, they measured mineral and amino acid levels in the seeds. There was a drop in minerals like calcium, manganese, zinc, magnesium, and iron in both the peanuts and rice grains grown in the highest concentration of plastic compared to control plants. In the case of manganese in peanuts, this decrease was 41.7%. Certain types of unsaturated and saturated fatty acids also suffered in the plants exposed to the highest concentrations of plastics. There was an imbalance among free amino acids in the seeds from the high concentration group as well. Glutamic acid, isoleucine, lysine, histidine, methionine, phenylalanine, tyrosine, and arginine were all decreased in the rice, while tyrosine, phenylalanine, lysine, arginine, and leucine were reduced in the peanuts.

The team also took the extra step of looking at gene expression for specific genes involved in metal ion and amino acid transport, as well as fatty acid synthesis and metabolism. In both species of plants, a decrease in certain genes involved in these pathways was observed, hinting at a mechanism for how the plastics are disrupting seed growth.

From the lab to the field

The negative effects of nanoplastics on seed production and quality only appeared at the highest concentrations in this experiment, begging the question, do these concentrations exist in the nature?

This is a difficult question to answer though, says Zhou, because concentrations in the field are both difficult to measure and may not be uniform. “In our environment, a lot of the pollution caused by for example, plastics or heavy metal ions, they can be very localized.”

Therefore, the experiments represent the potential outcomes in high-risk areas. According to professor Bin Tian, another co-author of this work, an important part of doing this research is to raise the alarm for society. “We need to be paying more attention to pollution,” he said, “for example, we need to try and not use plastic as much as we used to.”

Furthermore, Tian said this work helps, “from a scientific point of view, to develop other environmentally friendly materials, or bioengineering technology, which can help to degrade these plastics, so we can clean them up from the environment.”