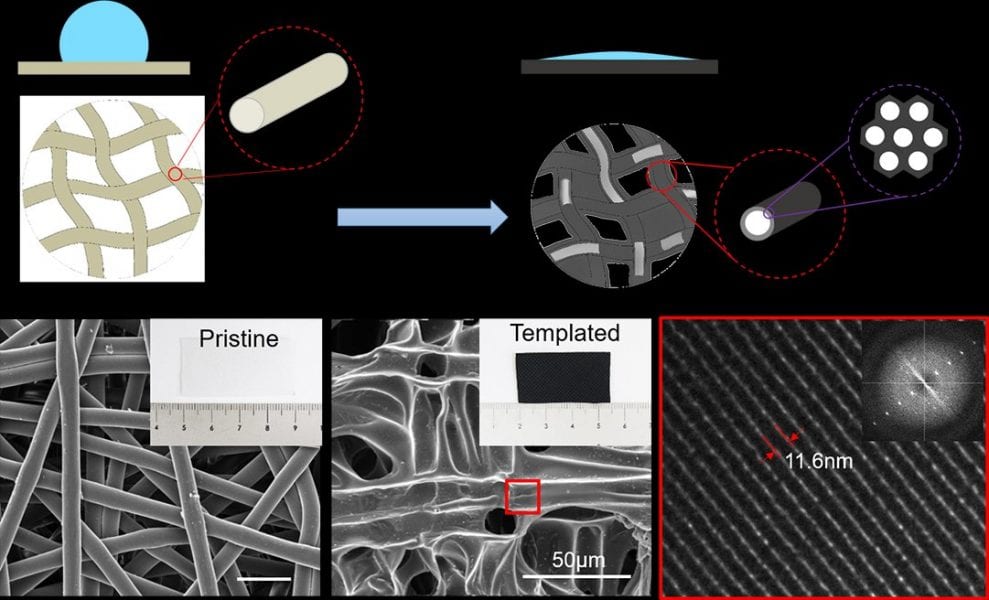 Porous materials have received a great deal of attention since they possess high specific surface area, diverse porous structure, stability in different chemical environments, and easy accessibility, and can be used for gas adsorption or liquid separation, catalysis, electric and battery fields. In addition to porosity, conductivity and hydrophilicity are major key factors for the case of electrochemical sensors or biosensors used in biochemical applications such as the detection of H2O2 or methanol. H2O2 is an important reactive oxygen species generated in biochemical reactions, and considered as one of the major risk factors of disease-related pathophysiological complications. Monitoring H2O2 levels, therefore, is particularly important.

Motivated by these promising properties, many efforts have been made to synthesize porous carbon materials. Dual templating combining soft and hard templates has become a promising method. Hierarchical porous materials synthesized by dual templating own high surface area, easy accessibility to active sites, and high mass transport and diffusion rate at the same time.