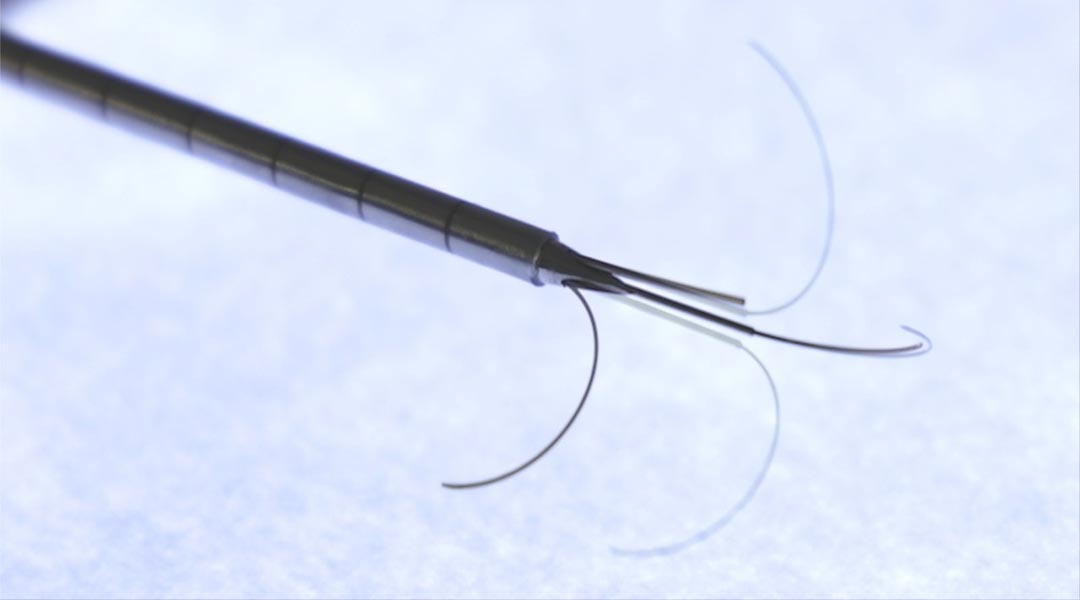 Around 19.3 million people globally are diagnosed with diverse cancers every year, with numbers continuing to increase. Due to cancer’s high mortality, early diagnosis and effective therapies that prevent recurrence are a necessity.

Ideally, this needs to be accomplished while avoiding destruction to healthy tissues and organs. However, with current treatment options, this remains a challenge, with many options for cancer therapy possess difficult and toxic side effects.

To address this, a group of researchers from Huazhong University of Science and Technology (HUST) have invented an approach using a device called a radiofrequency ablation device that is designed to heat only the cancer tissue while leaving healthy tissue unharmed.

“Traditional radiofrequency ablation devices are minimally invasive, which means they only generate small incisions on patients’ skin and heats a target area using the guidance of ultrasound imaging,” said Huageng Liang, a surgeon at Wuhan Union Hospital, as well as a professional adviser for this research. “However, many cancers are irregularly shaped, which makes it hard to accurately target them using these devices without accidentally overlapping onto healthy tissue, because the shape of the device cannot be precisely tuned.”

“Accurately heating cancer tissue requires that the heated area exactly match the three-dimensional area occupied by cancer cells,” Liang continued. “A mismatch between these two areas will damage healthy cells, and even destroy important tissues, such as big vessels or parts of the nervous system, which might cause organ malfunction or other unwanted side effects. It can be very dangerous, and it will also do harm to the patients’ recovery. Devices that can change the heated area according to the shape of cancers is indeed in need for our clinical practice.”

The shape of the heated area generated by traditional devices is usually fixed, making it nearly impossible to totally cover the whole cancerous area without unwanted overlap. However, the fixed shape stems from un-tunable electrodes normally used in these devices. In contrast, the team’s newly proposed device consists of several sub-electrodes that can be controlled individually for optimized cancer therapy.

Each sub-electrode consists of two active segments with distinct pre-designed structures. By tuning the relative positions of these two segments, both deform independently. The individual control allotted to each segment endows the electrode with the ability to take on numerous shapes to fit the targeted tumor.

The researchers compared their new device with a commercially available option to demonstrate its capabilities. Given roughly identical heated volumes, both regularly and irregularly shaped heated areas were safely treated with the new device, whereas the commercial device was only capable of generating regularly shaped heated area, and therefore could only effectively treat certain instances of cancerous cells.

By conducting their experiments in accordance with the standard protocol of a surgical operation, the researchers further demonstrated the possibility of their device to be adopted into clinical practice.

Accurate cancer therapy around the corner

“The physical and psychological stress on patients who suffer from cancer, as well as their families, is unimaginable,” said Liang. “Minimizing the damage to healthy cells and tissues shortens the timespan of recovery.”

The effectiveness of this new radiofrequency ablation device has been verified in organ models. As the physical and biological properties of different organs are distinct, the operating parameters, such as input power and heating time, should be investigated thoroughly to adapt to other organs. While the team is hopeful, clinical trials need to be done to ensure the safety of this new device before it is applied in a real-world setting.

“We originally devise our prototype for kidney cancer,” explained Zhigang Wu, professor at HUST and leader of the research team. “It’s actually applicable to many other cancers, such as liver cancer, breast cancer, lung cancer, and so on. We also prepared an interface for our device to be integrated into an intelligent surgical system that can automatically plan a surgery.

“With the help of these cutting-edge technologies, the insertion and the deployment of our device’s electrode will be calculated precisely, making the eradication of cancers safer and more accurate in the near future.”