Thuc-Quyen Nguyen on her research, inspiration, and advice to young scientists. 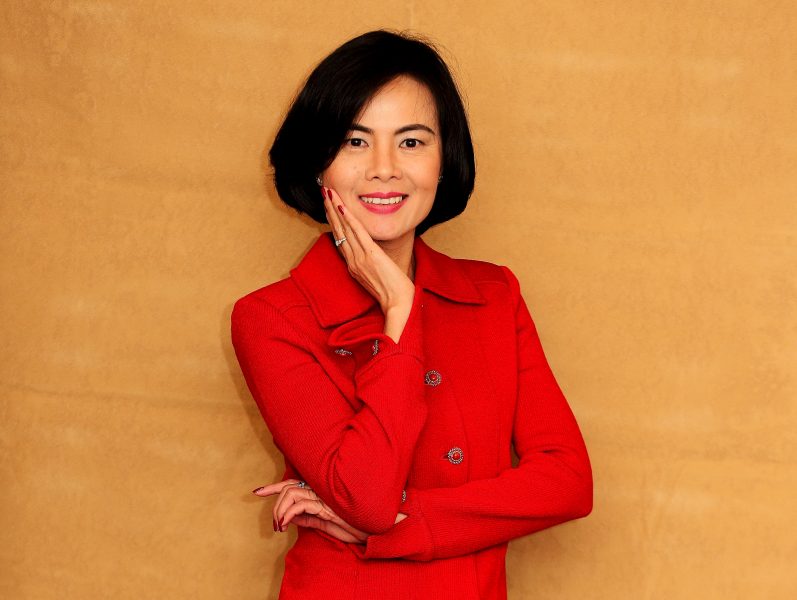 Growing up in a small village in Vietnam, Prof. Thuc-Quyen Nguyen of UC Santa Barbara built up her curiosity and creativity at an early age. She has always been eager to understand how the world works, which was essential to village life. One needed to know how to set up a fire and keep it from being extinguished by the wind or rain, to know where to dig for worms, or how to fish. While it was difficult, those early years stimulated her interest in science and later drove her to pursue a career in academia where she became interested in organic materials and how they could improve electronic devices.

Throughout her career she has benefited from the influence and advice of great scientists in her field. During her post-doc at Columbia University, her supervisor, Prof. Louis Brus, suggested that she choose an interesting scientific problem, one that would make a large impact; this spurred her to continue with a career devoted to research.

She recalls that when starting her academic career she was given advice from Prof. Jean-Luc Bredas of Georgia Tech who said, “You do not want to publish junk! Then people will associate your name with junk and will stop reading your papers.” Additional advice from Prof. Seth Marder of Georgia Tech that also stuck with her was: “Do good work and your work will speak for itself.”

Later, when she joined the faculty at UCSB, she had the privilege to work with leading scientists in the field such as Prof. Alan Heeger, Prof. Fred Wudl, and Prof. Guillermo Bazan. While collaborating with them brought her to a cutting-edge position in the field, every coin has two sides and she felt that her peers would begin to question her own capabilities; this been one of the biggest challenges in her career. In spite of this, she has proven herself time and again, making her way through the ranks with the fortitude she fostered from the time she arrived in the United States as a 21-years old immigrant, barely knowing any English.

Her significant contributions to the development of organic electronics have resulted in numerous awards and she was promoted to full professor seven years after joining UCSB. In addition, last year she took on a leading role at the Center for Polymers and Organic Solids.

Reflecting on the current state of her field, she is amazed by recent development in organic solar cells, which have reached the PCE of 15%, a theoretical limit only a few years ago. Looking forward she hopes to push these prototypes further on industrial scale, and also seeks to expand her research to interface electronic devices with biology, which may have immediate applications in healthcare. Her long-term goals are to solve serious global issues in energy storage and healthcare using the materials and technology she has developed for underdeveloped regions, like Vietnam.

Thuc-Quyen’s advice to young researchers is to walk out of their comfort zones and to bravely try new things as this is how we learn and can contribute the most.

In her spare time she enjoys hiking, traveling, and participating in Zumba and yoga to help her relax from intense lab work. She is passionate about food and imagines being a chef or food critic. When asked who the three greatest minds she wishes to meet were she answered: Marie Curie, Richard Feynman, and Albert Einstein.

To learn about some of the research that inspires Prof. Thuc-Quyen Nguyen, see her recent review on Solution-Processed Semitransparent Organic Photovoltaics in the Advanced Materials Hall of Fame virtual issue.