Thomas P. Russell shares the highlights of his career, current research focus, and his thoughts on the future of materials science. 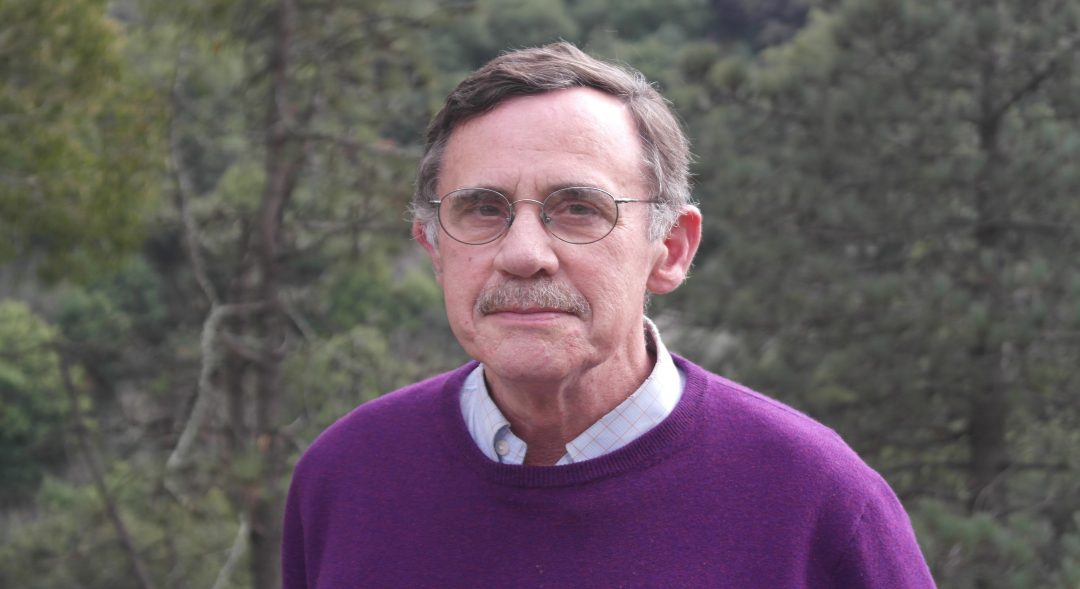 Although he once dreamt of becoming a professional ice hockey player, after losing several teeth and herniating a disc, Professor Thomas P. Russell abandoned that dream.

While his stint as a goaltender (the hockey equivalent of a goal keeper) did not make him a pro athlete, it probably helped in some way to keep him out of trouble on the streets of Boston. His upbringing instilling in him a desire to persist and to survive saw that he pushed himself to study mathematics in college.

Looking for a subject that was more tangible, in his third year of college Prof. Russell decided to try out chemistry; first organic chemistry and later, physical chemistry.

The young Thomas spent two summers learning the ropes of vanadyl phosphates, doing research in the Undergraduate Research program at Brown University, under Prof. Philip Rieger. These summers helped to solidify the thought that research as a vocation was not out of his reach; he reminisces, stating, “I realized that I actually could do research.”

After applying to several graduate schools, Thomas chose to attend the University of Massachusetts Amherst (UMass Amherst), in the Polymer Science and Engineering department. After his Ph.D. and also after working all over the world, including at the University of Mainz and throughout the US—in both industry and academic positions—he traveled full circle and found himself back at UMass Amherst as a Professor.

Thomas asks a question of his scientific career, stating simply, “The circle of life?”.

He fondly remembers one of his opportunities where he took a position at IBM Research Laboratories in San Jose. Nobel prize winner Paul Flory spent at least two days a week at those laboratories and Thomas says that he “just couldn’t pass up the opportunity to interact with a Nobel laureate on essentially a daily basis.”

Today one of the most influential names in polymer science and engineering, Thomas has contributed numerous publications on surface and interfacial properties of polymers, organic photovoltaics, and interfacial assemblies. He is still highly motivated to keep working to find a way to obtain ferromagnetic fluid capable of retaining a moment when a magnetic field is removed. He is not only excited about structuring liquids, but also looking forward to further developments in “the integration of synthetic polymers with natural polymer systems” and using “exquisite biological machinery for making molecules into the synthetic polymer realm”.

When asked the figures that have inspired his career and thinking, he lists great polymer scientists Erhard W. Fischer and Henri C. Benoit, as well as the Nobel laureates Pierre-Gilles de Gennes and the aforementioned Paul Flory.

Of course, the path to this impressive career has not been easy. Thomas studied in a small teacher’s college in Boston that did not offer research activities which he defines as “a challenge throughout his career.”

Even today, as many other researchers, he finds it difficult to get enough funding to be able to conduct research the way he wants to do. Nevertheless, he has a positive perspective on the challenges in science; “they are always intriguing to resolve and stimulating to understand.”

Thomas believes that science communication has improved substantially in comparison to the early days of his career, with no computer access or internet. However, he takes the use of technology in publishing with a grain of salt as this has led to the availability of excessive information and publications that shouldn’t be published. As a further concern, he states that “the inevitable impact factors of journals simply carry too much weight and too many people believe in them.”

According to Thomas, the invention of the transistor is the most important scientific discovery, as it was a milestone for nanoscale research, with a role in the advancement of various areas from computers to electronics. Possibly aligning with his outdoor hobbies of bicycling and gardening, he would most like to see the development of commercially viable, fully recyclable plastics in the future.

He believes that new ways of making and using materials will define the future of materials science. Therefore, his advice to young investigators is: “Step out of the box and challenge yourself with the unknown and have fun doing it.”

To delve further into the background of Prof. Thomas P. Russell’s work, have a look at his recent review in the Advanced Materials Hall of Fame virtual issue.

A farewell to our colleague and friend, Jenna Flogeras
Renewable energy from wildflowers for a more sustainable bioeconomy
Human-on-a-chip provides an accurate model for the immune system
André Isaacs: "Be okay with making mistakes"