Thomas D. Anthopoulos offers us a fascinating window into his career path, motivations, and philosophy. 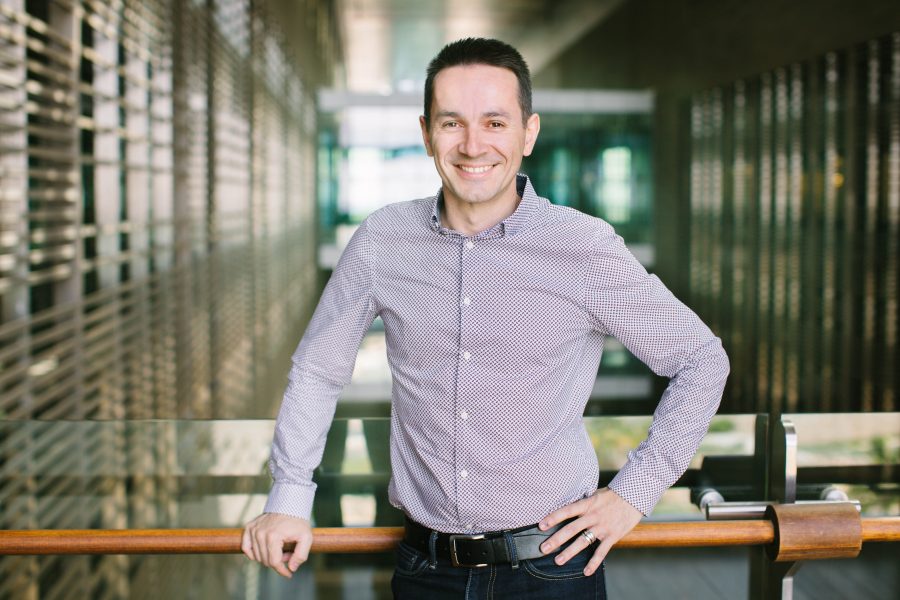 Thomas D. Anthopoulos is a Professor of Material Science and Engineering at King Abdullah University of Science and Technology (KAUST) in Saudi Arabia. He has research interests across a broad range of areas in materials science, and is an active member of the research community, serving on the editorial board of Advanced Science, and has won numerous awards, including the ‘Ben Sturgeon’ award for a significant contribution to the development of displays.

Discussing the journey that he has taken along his academic career, Anthopoulos identified his PhD advisor Prof. Torfeh Sadat-Shafai as one of the biggest influences on his early career, saying “He is the person that went out of his way to secure a funded PhD position for me in an area that was entirely irrelevant to my undergraduate studies and offered me a once-in-a-lifetime opportunity.”

When discussing the reasons behind his current research projects, Anthopolous clearly states that materials applications are at the forefront of his mind, commenting “There are a few different topics that I particularly enjoy working on primarily because of their potential for some meaningful real-life application(s). One of these topics is what I call ‘printed nanoelectronics’,” he continues, highlighting the main challenge of such would be the combination of large-area manufacturing with extreme miniaturization of critical device dimensions. Stating this, “as a mean of improving their operating characteristics but without adversely affecting their manufacturability and cost.”

When faced with the challenges of his field, Anthopoulos emphasizes the importance of maintaining a close connection between fundamental research and applications, where he believes understanding the relationship between structure and optoelectronic properties is paramount. In the ever-expanding functional materials zoo, and where the influence of device parameters in relation to practical applications exist, those properties represent two of the main challenges facing scientists and engineers in the field of research. Without these insights in research, Anthopoulos believes that the “lack of such detailed knowledge limits the predictive power of theory, whilst imposing additional hurdles to technology development and commercialization.”

The state of science, from how it is that we train young scientists, to the responsibilities that scientists have in the broader community, are topics that Anthopoulos as an educator has some opinions on. At an undergraduate level, he highlights that some of the recent breakthroughs in materials science have enabled simple experiments to be carried out on quite exotic materials, saying “introducing such cutting-edge, but yet simple, experiments in the traditional curriculum would have a positive effect in engaging and stimulating student’s interest to science.”

Guided by a strong sense of responsibility to the scientific community, and society at large, Anthopoulos has some insightful remarks. When it comes to some of the biggest challenges facing science, and his field in particular, Anthopoulos zeroed in on the real-world impact of materials science. “I am particularly concerned about the rapid proliferation of emerging forms of electronics, such as printed electronics, and the potentially harmful effect to the environment…” He is concerned that before we start stuffing our planet with such devices, we first need to ensure the environmental sustainability of the deployed technologies with emphasis on effective management of non-renewable natural resources, while also highlighting that we need to think about “pollution creation during and post manufacturing i.e., during the product lifetime and after.”

To delve further into the background of Prof. Anthopoulos’ work, have a look his recent review in the Advanced Materials Hall of Fame virtual issue.

3D printers with "eyes and a brain" to advance body implants
A Kirigami-Based Sensor: When Art and Technology Stand Shoulder to Shoulder
Phase-Changing Metamaterials: A New Frontier in Technology
Paving the Way for Calcium Batteries