Metal-free catalysts and the need for a sustainable present and future: meet Professor Liming Dai. 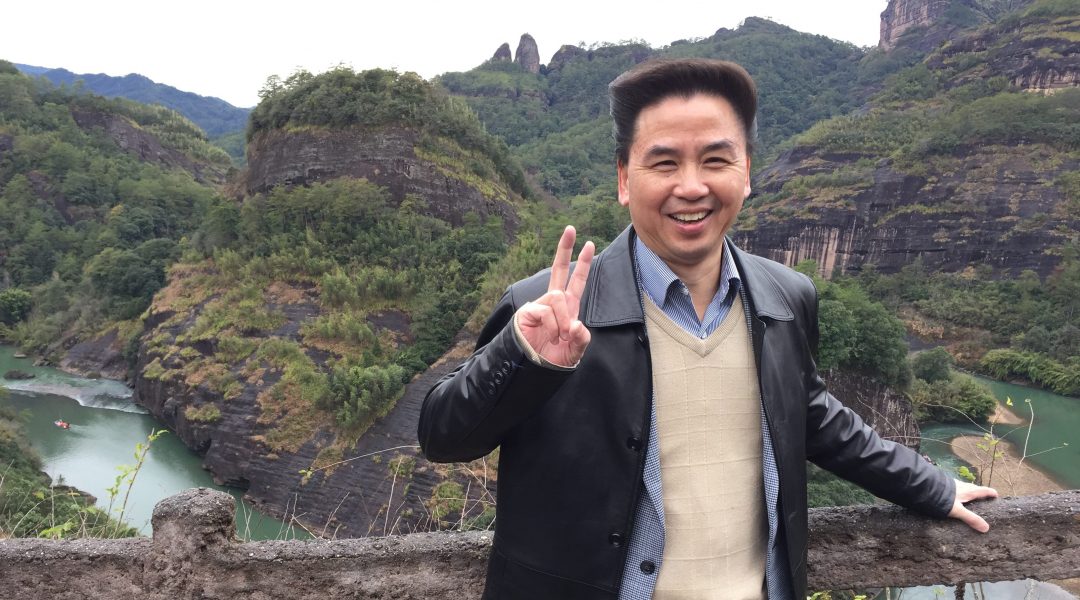 Liming Dai is a professor at Case Western Reserve University (CWRU), USA. To say that he is enthusiastic about carbon-based metal-free electrocatalysts (C-MFECs) is quite an understatement, having spent many years researching C-MFECs. But what are C-MFECs? Why are they important? And why are they such a hot topic for Dai? To answer all these questions and more, Liming Dai himself speaks to Advanced Science News, to paint a portrait of a scientist driven by curiosity and inspiration from others, right from an early age.

“As the youngest in my family, I am lucky to have one of my elder brothers who told me about [the] sciences, even when I was in my elementary school,” says Liming Dai himself, on starting his journey into the world of science. But his formal introduction into this field happened later on, almost by accident, as he explains:

“Although I [wanted] to be a scientist even when I was a kid, it was only by chance that I met with an Australian English teacher who opened the door for me to become a professional scientist. Back in my native Hangzhou in 1986, I happened to attend an English training class taught by an English teacher who came from Australia. One day, the teacher had us complete application forms for Australian National University (ANU) Ph.D. scholarships as [a] classroom exercise. To my pleasant surprise, the teacher forwarded the application form that I filled in to ANU in Canberra and I ended up doing my Ph.D. in the group of Prof. John W. White (FRS) in the Research School of Chemistry at ANU.”

A lucky break indeed! Although he cites this period at ANU as one of the biggest challenges of his scientific career, it was nevertheless rewarding and resulted in numerous publications in prestigious journals.

After successfully completing his Ph.D. in 1991, it was not the end of history for Dai, as he went on to pursue postdoctoral work at the Cavendish Laboratory in Cambridge, before returning to the country of his scientific origins to spend a further decade at the Commonwealth Scientific and Industrial Research Organization in Australia, prior to settling at his current institution of CWRU.

But what about C-MFECs? As their name suggests, they are catalysts which are carbon-based and metal-free, which compared to traditional, metal-containing catalysts, are cleaner for the environment. Dai and his colleagues have been researching and developing C-MFECs at CWRU since their discovery, in 2009, of N-doped carbon nanotubes (N-CNTs) being able to catalyze the oxygen reduction reaction (ORR). The ability to harness the power of ORR is of great importance when searching for alternative, cleaner energy sources, as the planet enters the unchartered and dangerous era of the Anthropocene.

ORR electrocatalysts are nothing new, though, having been adopted in the rockets of the Apollo Space Program. Indeed, Dai cites this program not only for its most famous achievement:

“In my opinion […] landing a man on the moon and returning him safely to the Earth by NASA is the most important achievement of all time, as it has and will lead to many important scientific discoveries.”

But also, because of the program’s direct link to his own research field:

“The heart of this program [was] the invention of [platinum-based] fuel cells as the power source for the aerospace vehicles […] Unfortunately, limited resources and the high cost of platinum have made these catalysts the primary barrier to mass-market fuel cells for commercial applications.”

Being able to overcome this barrier by seeking alternative catalytic materials—i.e., C-MFECs—is therefore of utmost importance for Dai, who sees an optimistic future if we can fully understand these materials: “An integrated experimental and computation approach will promote and accelerate data-enabled catalyst design and discovery, and impact other important research fields involving electrochemical reactions, including renewable energy technologies, environmental remediation, and important chemical processes.”

All of Dai’s achievements and discoveries would perhaps not have been possible, however, were it not for his biggest motivation, which is “to be an outstanding teacher with many students becoming great scientists.” Perhaps some great scientist in the future can look back and count Professor Liming Dai as their own personal, inspiring educator, such as the English teacher in Australia.

If you want to learn more about C-MFECs and their importance, read about them from Dai himself in the Advanced Materials Hall of Fame virtual issue.

Beam me up to 5G, Schottky
The world's most efficient lithium-sulfur battery
Cooked plants were part of Palaeolithic diets
Amphibians of the American Southwest are in hot water — will they thrive or dive?