Combinatorial strategies that use biomaterials for regeneration of the injured central nervous system. 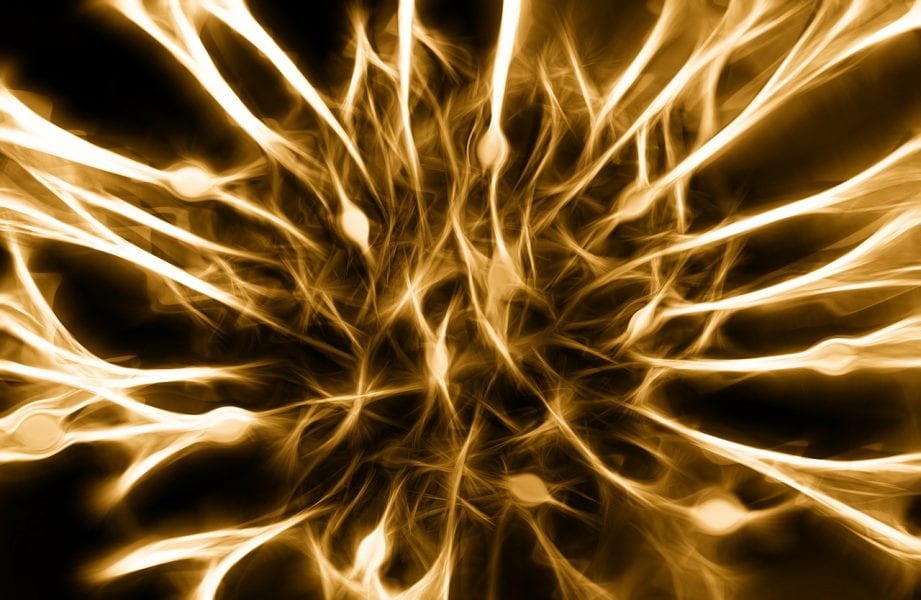 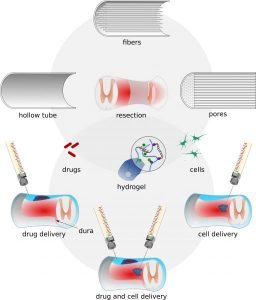 Traumatic spinal cord injury is devastating because there are no therapeutics available to the patient, only rehabilitation. In spinal cord injury, the initial trauma is followed by a series of chemical and biological events that result in significant tissue and functional loss associated with a poor prognosis.

In an attempt to limit the amount of tissue loss and to promote the regeneration of lost tissue and function, many studies have investigated a single therapy. While we learned a lot from these studies in terms of the potential of the individual strategy investigated, each has shortcomings that may be overcome, at least in part, by biomaterials and combination approaches. For example, cells are transplanted to promote regeneration of lost tissue, but because only few cells survive after transplantation, tissue repair is limited. Biomaterials can be used to deliver cells and be designed to promote greater cell survival.

In order to overcome the blood-spinal cord barrier, drugs are often injected directly into the fluid-filled cavity (the intrathecal space) that surrounds the spinal cord; however, the cerebral spinal fluid rapidly disperses the drug, limiting the amount that reaches the injured tissue. Biomaterials, such as hydrogels, can be used to deliver drugs to the intrathecal space, thereby providing a reservoir for local, sustained release of drugs to the spinal cord tissue.

A Review by Führmann, Anandakumaran, and Shoichet in Advanced Healthcare Materials critically evaluates combination strategies that use biomaterials to promote the delivery of drugs or cells following spinal cord injury. The biomaterials used in these experimental treatment strategies range from solid scaffolds to injectable hydrogels. They are either synthetic or natural-derived materials, and often biodegradable. Biomaterials in general are very versatile and can provide physical cues to guide nerve processes, contain growth factors and/or adhesion factors to promote cell survival and differentiation, and act as reservoirs for local, sustained release. While we still don’t know which combination will provide the greatest benefit, those combinations that target different aspects of the biology seem to hold greater promise.