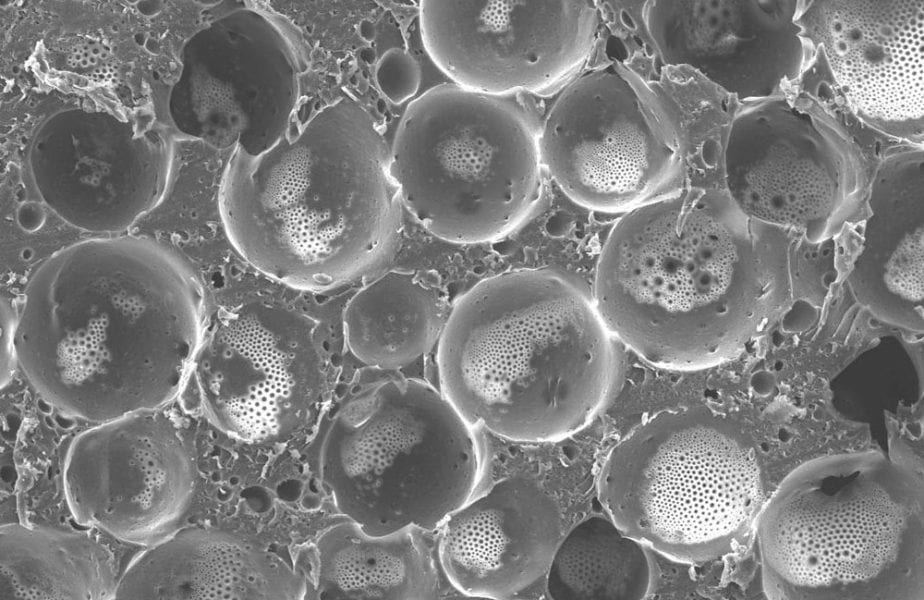 Bone adhesives that work are the dream of every orthopedic surgeon that has ever had to use pins or screws to set a fracture. In addition, they could be reabsorbed by the body, so that they do not leave any trace.

The problem is that most bone adhesives on the market today do not possess mechanical properties good enough to withstand the stresses the materials would find in vivo. Often, for synthetic adhesives, biocompatibility is also problematic, leading to necroses or higher infection rates.

Some of the materials that have shown the most promising biocompatibility are polyurethane-based adhesives, and Schreader and co-workers at the University of Illinois Urbana-Champaign, in a paper published in the Journal of Applied Polymer Science, improve the mechanical properties of polyurethane adhesives by combining them with hydroxyapatite, thus producing a four-fold increase in tensile strength of the glued bone, with respect to conventional bone cement.

The polyurethane in this case is moisture-curable, and mixed with water by ultrasonication, to create a foamy paste. Separately, nanoscale hydroxyapatite is sonicated with water, and then added to the paste, forming a hierarchical structure with micron-sized voids and nano-sized hydroxyapatite particles, which can then be brushed on the bone.

Good biocompatibility of the material in vitro and in vivo ensures the applicability of the adhesive, the picture shows myoblasts differentiation studies, in which the adhesive did not alter differentiation with respect to control experiments. Polyurethanes are known to be degraded over time by enzymes, providing another favorable characteristics for surgical applications.