A new study shows that even after millennia of apparent climate stability, global temperatures might suddenly increase at dramatic speeds. 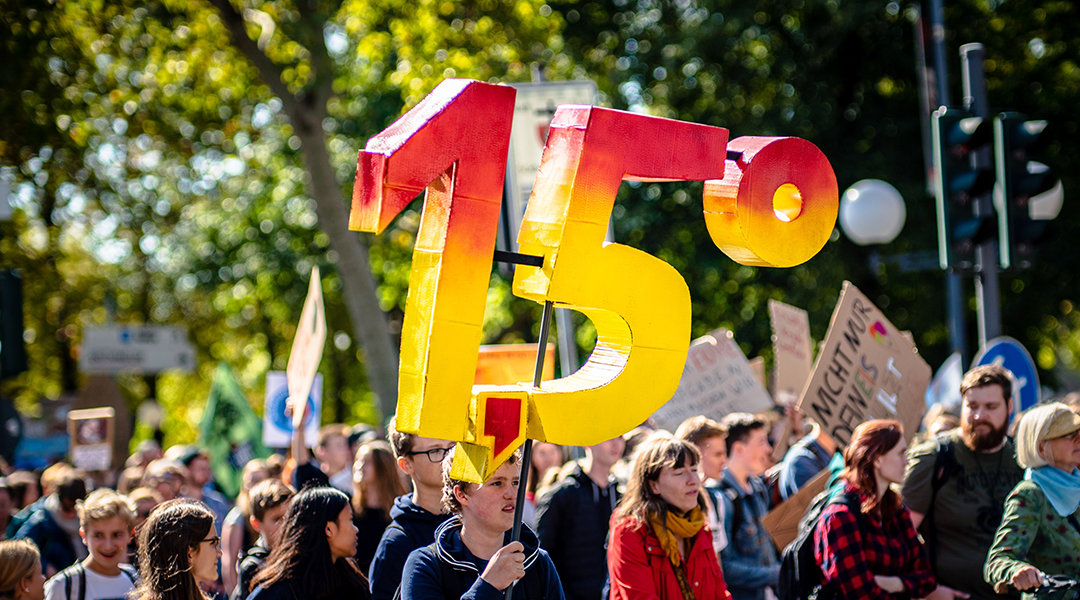 Climate summit after climate summit, the world’s policymakers are reminded of the urgency of reducing carbon emissions to contain global temperature rise. The latest goal is to limit the global mean temperature to 1.5ºC above pre-industrial levels, which would require cutting down greenhouse gas emissions by 45% before 2030, according to the latest UN Emissions Gap Report.

Knowing how much carbon gives how big a temperature increase is key to effective policymaking, and a central number in climate science is the equilibrium climate sensitivity — ECS, for short. This is the total rise in global mean temperature after a doubling of CO2 in the atmosphere.

A new study, however, concludes that the computer models currently used to find the ECS might be too narrow-sighted. The work is published in Proceedings of the Royal Society A, and it shows that even after millennia of apparent stability, global temperatures might suddenly increase at dramatic speeds. If policies fail to account for these abrupt transitions, they could fall well short of being effective.

While the possible existence of dramatic temperature increases known as tipping points is not new, the main contribution of the paper is to show that they might occur after long periods of only smooth and gentle changes.

A big stumbling block in climate science is that the more realistic a model is, the longer it takes to run on a supercomputer. State-of-the-art models take months to simulate only 150 years of climate change. Therefore, in order to span thousands of years, these shorter-term models are extrapolated.

But one can also make major simplifications and obtain a long-term model in a reasonable time frame. What the authors show is that long-term, simplified models do not exclude the possibility of late tipping points.

Therefore, late tipping points should be borne in mind when making extrapolations to predict the future climate. “If you do extrapolations you have to make many assumptions. I think people knew that they could be wrong, but I think indeed by formulating this a bit more mathematically we could, sort of, pinpoint where exactly the extrapolation can go wrong,” said Anna von der Heydt, associate professor of physical oceanography at Utrecht University and senior author of the study.

Aside from acting as a warning, this result and the mathematical framework the authors provide can be used to improve current models of climate sensitivity.

“It can help us […] know what to look for in observational records and also in climate models, and perhaps how it can better design [numerical] experiments in climate models to better assess climate sensitivity,” said Trude Storelvmo, professor of meteorology and oceanography at the University of Oslo who was not involved in this research.

The tension between long-term, oversimplified models and more detailed, shorter-term models is hard to resolve.

“You could accuse the simpler model that does show these tipping points […] of being highly simplified, but you could also accuse the more complex models that, in theory, have many more of the relevant interactions in them [of being designed] to display smooth behavior and maybe also designed so that they stay close to the state that they are tuned to,” Storelvmo added.

A possible way out, she suggested, is to combine clues from different models in order to obtain the most reliable answer.

How likely are these late tipping points? It’s hard to tell: “The problem is that we do not have the proper models to study those,” said Robbin Bastiaansen, lead author of the study and assistant professor of mathematical modelling at the University of Utrecht.

Climate models are difficult to calibrate since historical measurements can only provide limited guidance about today’s unprecedented emissions, so they have intrinsic uncertainties. But, even if the likelihood of these sudden temperature increases is unknown, action is still very much warranted.

While it’s clear to all three researchers, as well as to most climate scientists, that policymaking has complexities beyond the science itself, they argue that the evidence is unequivocal: “It’s still a very urgent recommendation to do something about [the current emissions] and to not rely on the uncertainties that it might be better than we think,” said von der Heydt.

Bastiaansen speaks of a “horizon” beyond which the climate is unknown and could display dramatic effects: “We’re roaming into a region where basically, we have nothing to compare to, and this event horizon gets shorter and shorter, I’d say.”

New EU satellites to track global carbon emissions
Where did all of Earth’s water come from?
Is hydrogen a greenhouse gas and do we care?
Improving the health of China's Upper Yellow River