How we frame the climate crisis matters

Stories that frame the climate crisis solely as a global problem can have unintended consequences, such as hiding local vulnerabilities. 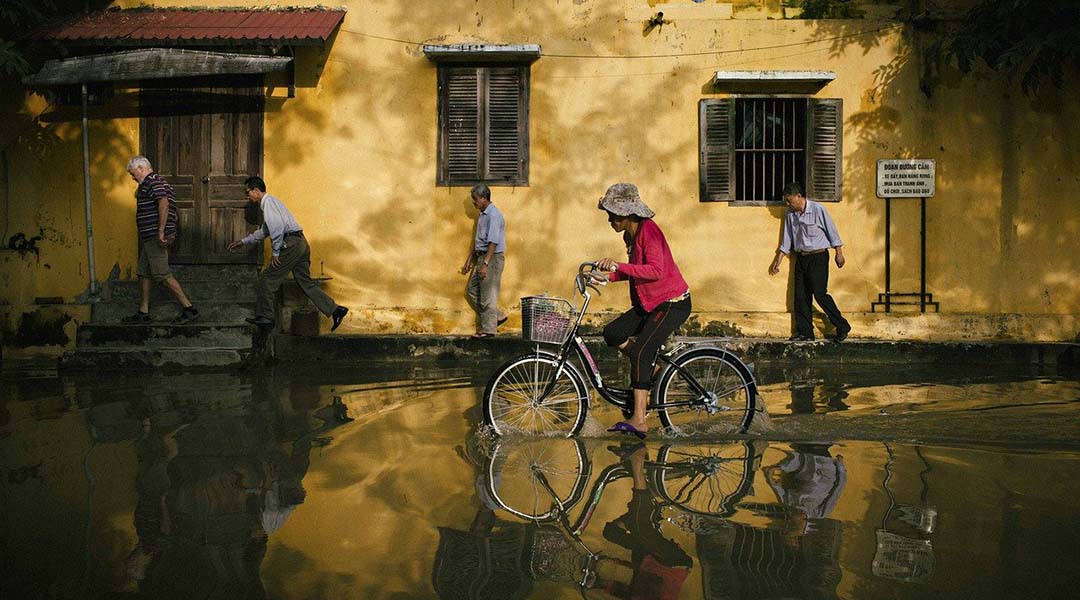 Wild and weird weather, including floods, wildfires, droughts, and sweltering temperatures, is not new, though people talk a lot about it in the context of human-induced climate change. How scientists and communications experts talk about these issues also matters greatly.

How disasters are framed and explained often shape societal responses and how we prepare for future climate events or reduce, where possible, their force. Stories that that attribute damages to climate events alone can have unintended consequences as they can hide local vulnerabilities that led to certain disasters.

For example, experts may describe crises that follow a storm as simply being caused by the storm. This in turn will likely lead to policy implications aimed at reducing the effects of global climate change as well as possibly building protections against it, such as walls, dikes, or stronger dams.

On the other hand, while the logic is more complicated, non-climate factors can also be the cause of crisis — factors such as poverty leaves people in sub-standard housing, bad policies push the poor to live on known floodplains or fail to build protections against even ordinary weather.

These are two very different views or framing and each begs very different policy responses. The focus on global impact can be especially unfortunate when there are feasible local policy measures in reach to reduce vulnerability.  Climate-centric framings of disasters that channel attention and the search for solutions towards international diplomacy can thereby obstruct much needed local action.

Directing attention away from local political and social causes of crises also facilitate politicians’ evasion of responsibility. In Brazil, for example, politicians’ negligence bears obvious responsibility for damages that follow floods and landslides. It is these unaddressed local vulnerabilities, such as poverty-driven dwelling in zones at risk for flooding and landslides, and the lack of adequate and affordable escape options or protection, that cause loss, damage, and suffering in the wake of climate events.  The same applies to the lives of some populations in the United States, not least the residents of New Orleans’ Lower Nineth Ward following hurricane Katrina.

There are, of course, reasons why many scientists and journalists often stress the role of climate change in extreme events (for examples, see here and here). These include attempts to rectify climate skepticism and disinformation campaigns. In the United States, for example, this framing serves to counter groups that question the reality of climate change in order to undermine policies that have been built to address it.

However, the practical and political benefits of this approach may not be as obvious in all regions. In the Global South and many non-anglophone developed countries, such anti-environmental forces are less prominent and the socio-economic causes of disasters generally more obvious to the public. In this context, locals are less likely to believe that damages are simply as a result of climate impact, and highlighting local causes of crisis may be a more effective way of mobilizing and achieving protective policies.

This is why experts and journalists need to consider areas’ local politics before they choose how to frame extreme events. One frame does not fit all situations and global recommendations must be tailored on the basis of nuanced analysis and local understanding.

There are also important lessons here for science policy. In research on climate change, natural science receives over seven times more funding compared to the social sciences.  Indeed, the “explosion” of natural science research on the human influences in extreme weather and subsequent disasters in recent years is bolstered by hopes that such attribution will “play a major role in lawsuits brought by citizens against companies, industries, or even governments …[and] help reshape climate adaptation policies throughout a country or even the world” by more immediately capturing “the public’s attention in ways that long-term projections for the future cannot”.

It is, of course, important to know the extent to which humans are altering the global climate. However, we need more nuance when it comes to assessing its societal impact. Natural science and media analysts often assume that a storm intensified by human climate change will cause a proportional increase in damages that follow. This is simply wrong. If that storm hits a secure community, there may be no additional damages. If it hits a highly vulnerable community, the damages may be doubled or tripled. In this sense, this attribution does not tell us anything about the ways in which a specific community will be affected — these depend on the vulnerabilities that the storm finds in place.

Research oriented towards identifying humans’ role in climate extremes must not crowd out efforts to understand and address the responsible socio-economic and political vulnerabilities. It is well-known that the poor and vulnerable suffer more in the wake of climate change, despite having contributed much less to the problem. But little is being done to address this vulnerability and to correct the injustice and framings of climate change are partly to blame for this.

The annual international climate meetings (“COPs”) under the United Nations show intensifying public pressures on decision makers to address climate-related “loss and damages.” An analysis of social causes provides a broader array of potential pathways to this goal.