Modifications to chromatin are associated with the development of metabolic diseases, including Type 2 diabetes and obesity. There is evidence that these chromatin modifications can lead to long-term disease risk and increased disease risk for offspring. 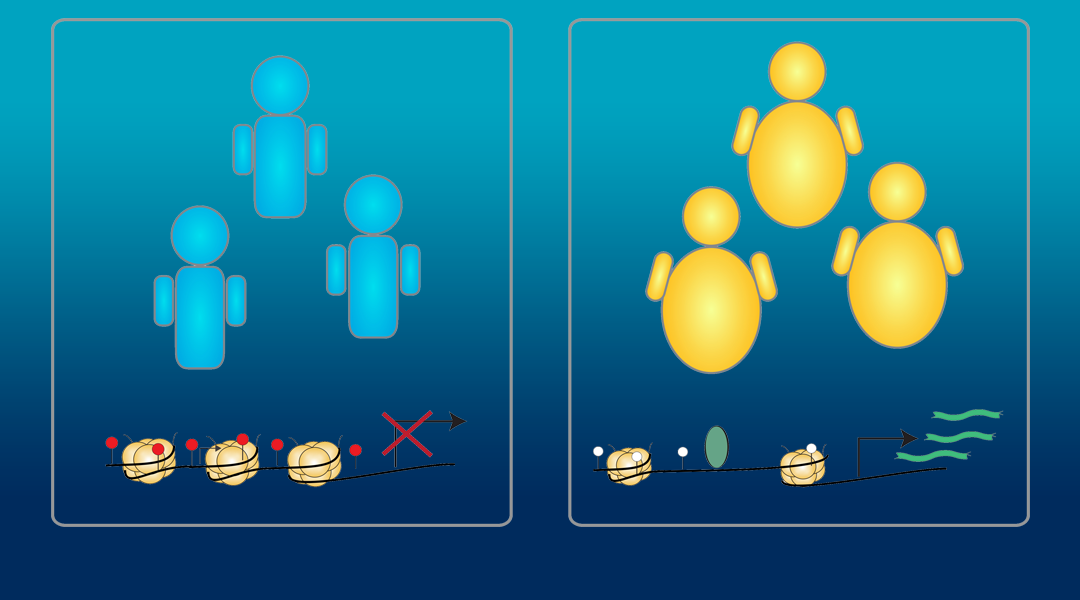 Throughout most of our lives, the majority of our genome is wrapped tightly around proteins called histones, leaving these regions of the genome inaccessible and thus mostly silent. However, genes can once again be made accessible by modifying this packaging structure, allowing gene regulatory machinery to read the DNA and turn on genes. Both diet and exercise can lead to changes in the activity of the proteins that are required to perform these modifications.

As reviewed in an Open Access article in WIREs Systems Biology and Medicine, “Chromatin modifications in metabolic disease: Potential mediators of long-term disease risk,” changes in gene expression can have long-term effects. 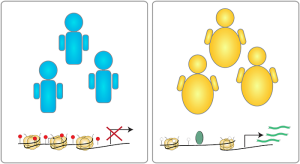 High fat diets have been shown to age cells, making younger cells behave like older cells. On the other hand, caloric restriction, eating only the minimum number of calories needed, may increase how long one could live. There is furthermore evidence that individuals with metabolic disorders in early life have increased risk of metabolic disease later, even if steps are taken to improve adverse behaviors promoting metabolic disease.

In addition to impacting disease risk in our own lives, it is possible that modifications acquired in our lifetimes can impact our children. There is anecdotal evidence that periods of metabolic stress, such as famine, can lead to children suffering from increased rates of obesity and diabetes. While this is not a clearly defined phenomenon, there is growing evidence supporting that parents, especially fathers, can pass on the negative effects of obesity to their children. Further understanding of how we can control our own genes is essential so that people can fully understand both the positive and negative consequences of environmental factors in their lives.