Jim Yang Lee and colleagues have designed a clever method to apply the concept of traffic engineering to the electron transport in lithium-ion batteries. 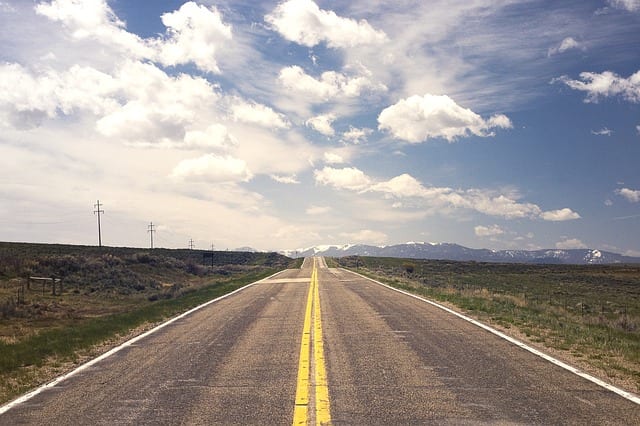 Most of us take our network of roadways for granted, whether we spend significant time behind the wheel ourselves, occasionally ride the bus, or simply enjoy the benefits of fresh food and other goods that have been delivered, at least part of the way, by truck. A well-functioning roadway network is designed to strike a balance between large highways and small roadways to enable our efficient transport from point A to point B. Jim Yang Lee and colleagues at the National University of Singapore have designed a clever method to apply this very same concept to lithium-ion batteries, where instead of vehicles, the task is to transport electrons and ions in the battery efficiently during charging and discharging. 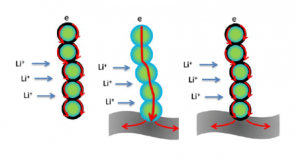 The motivation behind the research came from the somewhat disappointing performance of some relatively new cathode materials, such as LiFePO4, which had not yet been able to reach their full potential, despite being theoretically superior to the materials used in current technology. Research over the years has shown that the electron transport between the particles of the active material may play the deciding roll.

Here, Jim Yang Lee’s team designed a network of (relatively) large graphene electron highways in combination with small electronic roads in the form of nanopainted carbon coatings on the surfaces of the LiFePO4 nanoparticles. The most efficient transport of the electron traffic can then be achieved by optimizing the ratio and arrangement of the components in this multi-tiered transport system, which in practice results in the most efficient charging and discharging of the battery. The nanopainted carbon also functions as a protective coating to keep the cathode nanoparticles from corroding over time, resulting in batteries that last longer before their performance fades away. Try to imagine a technology that enables mobile phones and other electronic devices to charge to the same extent that they did on the first day, even after years of use. We aren’t there yet, but this new design is an important step in the right direction, which should spark further innovation from other research groups and industry.

According to a recent interview with Jim Yang Lee, the next natural order of business after this demonstration is quantification—-that is, determining the best balance between the “arterial” and “small” roads for a particular application. This is a massive optimization exercise that will likely be explored in an industrial setting. With a bit more development, one day, such batteries may be used in applications such as electric vehicles, serving to bring this invention full circle, back to its inspiration in the realm of vehicular traffic.

Predicting Rechargeable Battery Performance with Machine Learning
Mystery solved: The origin of the colors in the first color photographs
Conjugated polymer windows redirect light to solar cells
Energy generated in the blink of an eye