Floods of Energy from Flowing Water

Researchers propose a new idea about the origin of piezoelectric energy generation in graphene. 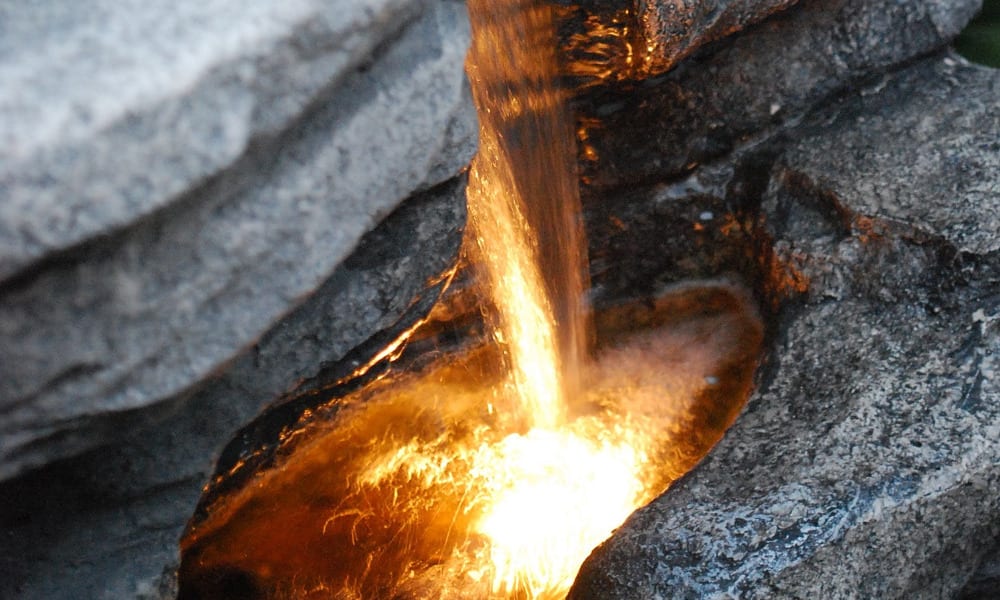 Clean and renewable energy sources can be generated by working with the forces of nature. Our capabilities for engineering devices on the nanoscale have led to one such development–piezoelectric energy generation by flowing water over a graphene-polymer film.

Past studies have reported that moving droplets of water over graphene can generate an induced voltage in the direction of flow. However, until now, the origin of this voltage was thought to be from charge interactions between graphene and ions in the liquid–a theory that limits energy generation to ionic liquids only, which is not the case.

Now, researchers from Zhejiang University and the University of Science and Technology of China report in Advanced Functional Materials the role of the substrate underlying the graphene layer in electrical charge generation. For their study, they combine graphene with polyvinylidene fluoride (PVDF)–a thin flexible piezo-polymer that can be integrated with graphene for flexible functional devices–to give a graphene-PVDF piezoelectric film heterstructure-based 2D water flowing nanogenerator. They propose that a dynamic charge interaction between the liquid, graphene, and substrate could be the cause of the flow-induced voltage. In other words, the underlying substrate plays an essential role in energy generation; an aspect that they claim has been overlooked until now.

These studies were complimented by first-principle calculations to obtain electron density in the graphene layer and to gain more insight into the mechanism responsible for power generation. Ultimately, the researchers say that their study “push[es] the graphene-water nanogenerator close to practical applications.”