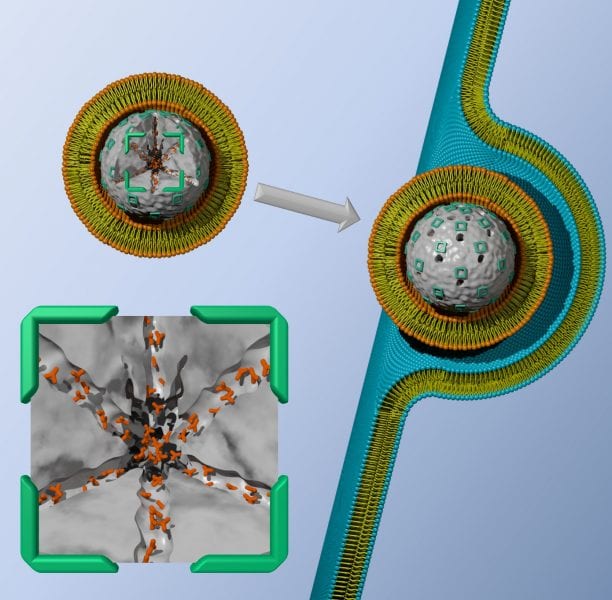 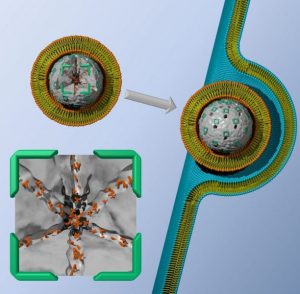 Often, when thinking of drug delivery, it’s a case of location, location, location! Powerful medicines, such as those used to fight cancer, need to be delivered right into diseased tissues to ensure that the rest of the body does not have to cope with the effects of the drug, which lead to terrible and sometimes life-changing side effects.

A group of German scientists, led by Thomas Bein, have proposed a solution whereby drugs are packaged into tiny nanoscale porous balls that can act as vehicles that deliver the drug to the desired site of action. They demonstrated this method by loading several potent drugs into such porous balls and wrapping them with a thin membrane to prevent the cargo from leaking out. In the study, porous balls are swallowed up by cells and enclosed in another membrane to form an “endosome”, a small bag which separates the delivery system from the cytoplasm.

To open the two membranes and to release the drug cargo, an “explosive” component is attached to the porous balls. This explosive is a molecule that when stimulated by light can convert ordinary oxygen into an aggressive singlet oxygen form, which is to able eat away the two membranes. The work shows how delivery particles can be designed to release their cargo into the cells upon illumination. This method demonstrates a powerful and general approach for endosomal release, with encapsulated drugs remaining functional after photoactivation and release from the nanoparticles. Additionally, the delivery platform may prove very effective for the delivery of other membrane-impermeable substances in a variety of cellular environments.

The research was published in the new journal Advanced Healthcare Materials, featuring on the back cover of issue 3.