Expanding the Capabilities of IR Spectroscopy

An on-chip multi-wavelength IR sensor that can measure the thermal spectrum of matter. 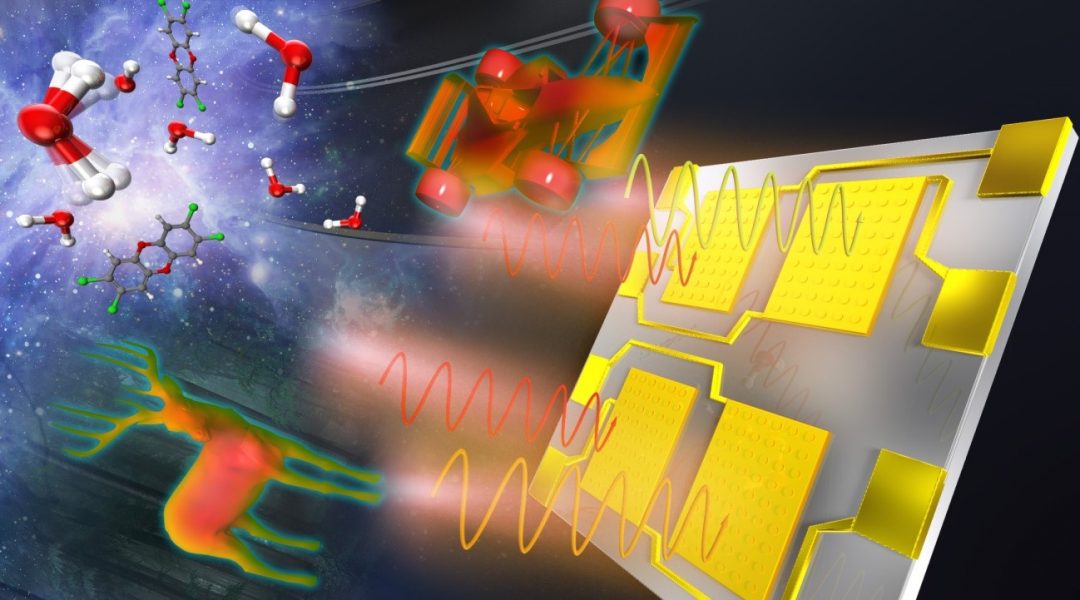 Spectroscopy is a powerful technique that allows chemists to accurately determine the structure of molecules. Infrared (IR) spectroscopy has been used for decades to analyze chemical species, and more recently, to characterize the optical properties of narrow bandgap semiconductors, quantum well emitters, and thermal absorbers, by analyzing their vibrational and electronic absorptions.

While modern IR spectrometers have come a long way, the quality of their performance, which encompasses resolution, sensitivity, and experiment time, relies on components such as of prisms, diffraction gratings, interferometers, mechanical scanners, and goniometers, as well as the capabilities of their detection modules. In addition, most IR sensors do not have the capability of detecting specific wavelengths.

In a recent collaborative study, researchers from the National Institute for Materials Science (NIMS), Japan, and Hokkaido University have reported the development of a multi-wavelength thermal sensor, achieved by merging photonic structures and optoelectronic sensors to yield a sensor‐on‐chip spectroscopic device that can measure the thermal spectrum of matter.

“Most existing [IR] sensors do not have wavelength resolution and can only detect the whole integrated intensity,” says Tadaaki Nagao, project leader. “This means that current IR sensors or IR cameras cannot be used to gain specific information related to a desired material, even though each has its own characteristic emission spectrum.”

In the current study, the team sought to develop a spectroscopic infrared sensor with ultra-narrowband resolutions and high directivity in order to create a small-scale IR sensor capable of accurately detecting different materials and measuring the true temperature of objects without calibrating their emission intensity and temperature beforehand.

“We invented a new type of multi-wavelength infrared sensor capable of detecting thermal radiation at a specific wavelength,” says Thang Duy Dao, the scientist behind the device’s design. “Each of the constituent mid-infrared sensors has wavelength resolution as high as 50 nm in the 3 µm – 5 µm with directivity better then ±1 degree.”

This high performance was achieved using the diffraction of electromagnetic waves (in this case infrared radiation) and not the confinement effect, which has been previously reported.

By patterning the periodic electromagnetic nano-absorbers on a metal surface (creating the photonic element), incident electromagnetic waves are diffracted and propagated in the direction parallel to its surface (see figure above). These diffracted waves are then hybridized with surface plasmon polariton on the patterned metal surface and propagated only when the desired conditions for diffraction are met—this requires a very narrow window in angle and wavelength for the incident thermal radiation to be perfectly absorbed.

“This is the best IR performance [to date], and furthermore, we realized it in the form of multiband (i.e., multicolor) IR sensors mounted on a single chip,” explains Nagao. “This sensor can be used to create miniature IR spectrometers, remote true-temperature sensors, and a smart gas sensor capable of detecting many gas species in the air.

“Our next steps will be to increase the sensitivity, as the incident intensity on the absorber is very small compared to the conventional wavelength integration type IR sensors.”