Entering a hidden world: the infosphere

A new tablet application visualizes the surrounding network of signals 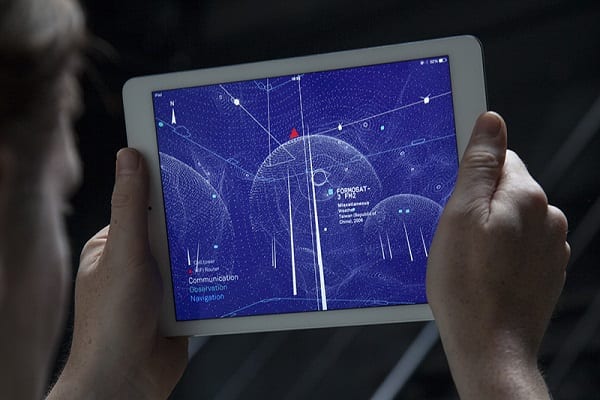 The infosphere relies on an intricate network of signals, wired and wireless, that support it. The expression ‘infosphere’ refers to an interdependent environment, like a biosphere, that is populated by informational entities. While an example of the sphere of information is cyberspace, infospheres are not limited to purely online environments. 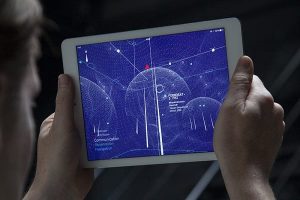 We are completely surrounded by an invisible system of data cables and radio signals from access points, cell towers and overhead satellites. Our digital lives depend on these very physical systems for communication, observation and navigation.

The new tablet application Architecture of Radio that visualizes this network of networks by reversing the ambient nature of the infosphere; hiding the visible while revealing the invisible technological landscape we interact with through our devices.

The Architecture of Radio is a data visualization, based on global open datasets of cell tower, Wi-Fi and satellite locations. Based on your GPS location the app shows a 360 degree visualization of surrounding signals. The dataset includes almost 7 million cell towers, 19 million Wi-Fi routers and hundreds of satellites. A site specific version of the app includes wired communication infrastructure embedded in the exhibition space. Its aim is to provide a comprehensive window into the infosphere.

A site specific version of The Architecture of Radio is on display at ZKM | Center for Art and Media Karlsruhe, Germany from September 2015 to April 2016.