Renjie Chen and co-workers developed a nanogelator-based solid electrolyte that improves the safety of Li-ion batteries. 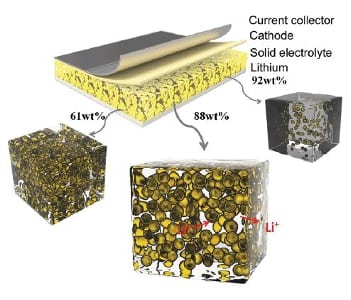 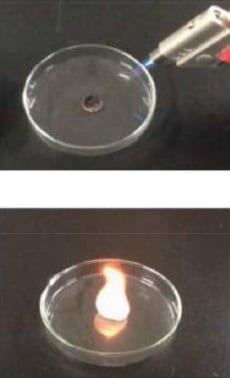 Renjie Chen and co-workers developed a nanogelator-based solid electrolyte that improves the safety of Li-ion batteries. This is achieved by incorporating ionic liquids into nonflammable porous inorganic oxides. When compared to other solid electrolytes, the material shows much higher ionic conductivity. With properties such as high discharge capacity and stable cycle performance, Li-ion batteries using the nanogelator-based electrolyte outperform their conventional counterparts with organic or ionic liquid electrolytes.

Energy storage in batteries is necessary for applications in smartphones, robots, or electric vehicles. For these purposes, batteries require stability and functionality under extreme conditions, e.g., high and low temperatures. Currently used liquid electrolytes are hazardous especially at high temperatures. The safer solid electrolytes (glass-, ceramics-, and polymer-based) on the other hand have low ionic conductivity and therefore lack in performance. This problem can be resolved by ionic liquids. When incorporating ionic liquids into inorganic host materials, ionic conductivity is retained and the risk of fire and explosion is eliminated. 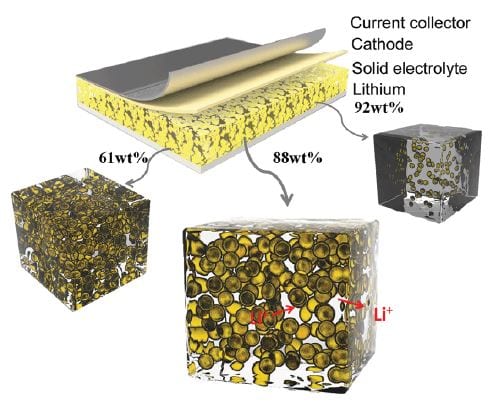 The nanogelator-based electrolytes are fabricated in a sol–gel method by mixing a TiO2 precursor with a solution of a Li salt in ionic liquid. The mixture gelates rapidly to form the nanogel. This enables printing or spraying of the electrolyte and in situ application during Li-ion battery fabrication. When using different ionic liquids, the pore sizes of the inorganic host material vary depending on the size of the ions.

The nanogelator-based ionic liquid electrolyte combines the advantages of an inorganic matrix and an ionic liquid electrolyte. Li-ion batteries using this electrolyte are stable at high voltage and operate even at 100 °C. The authors envision that their electrolyte material will be leading in the attempt to replace organic solvents in batteries, supercapacitors, and solar cells. Further, they propose that the inorganic matrix with tunable pore size could be applied in catalysis, ceramics, and drug delivery.