In patients with spinal cord injury, an implanted neurotransmitter restored their ability to walk, but underlying reasons were unexpected. 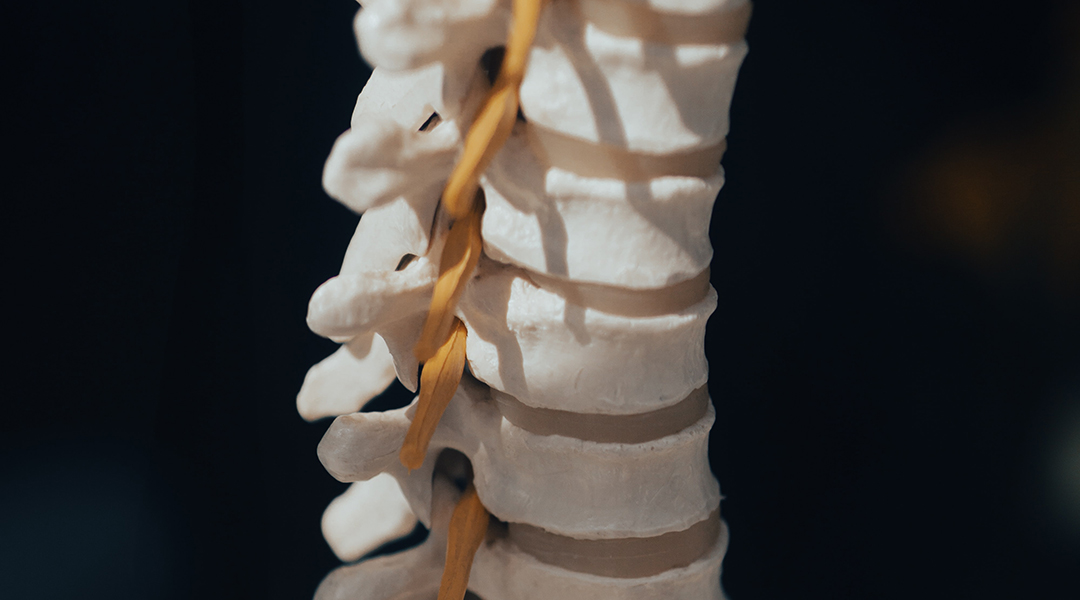 Researchers at the École Polytechnique Fédérale de Lausanne (EPFL) have successfully applied electrical stimulation to the lower, or lumbar, spine of nine individuals with chronic spinal cord injury, restoring their ability to walk.

In cases of severe injury, communication between the brain and neurons in the spine gets cut off, “scattering this exquisitely organized communication system,” wrote the researchers in their study. There are currently no effective therapies capable of restoring this channel of communication, although electrical stimulation has been shown to bring back some neurological function in some cases.

“We observed that people with severe spinal cord injuries improved after training with the electrical stimulation,” explained Jordan Squair, a senior author of the study and researcher at EPFL, in an email. “We noticed that some people were able to take some steps even when the [electrical] stimulation was turned off. This motivated us to understand how this was happening.”

Numerous studies in animals over the years have demonstrated the ability to heal a damaged spine — even one that had been partially severed — and restore walking capabilities. “These studies showed that we must stimulate the specific part of the spinal cord that controls each muscle [used in walking], and in doing so restore the natural movement of the leg,” added Squair.

Restoring the ability to walk

The team built a neurotransmitter that when surgically implanted, targets a specific part of the spinal cord involved in walking. Their findings were recently published in Nature.

The clinical trial involved nine participants with varying degrees of spinal cord injury — six had experienced severe or complete motor paralysis, though had retained some degree of sensation in their legs, while the remaining three had complete paralysis.

The six participants who maintained some degree of sensation were implanted with a device originally developed to treat neuropathic pain. More recent participants received a newly designed device that was built to target the ensemble of muscles involved in walking.

The patients went through five months of stimulation combined with rehabilitation, which consisted of standing, walking, and performing various exercises four to five times per week. This was initially done with support from a robotic interface, but over time, the participants’ ability to support their own weight improved, and eventually, they were all able to walk on their own with help from a walker.

To confirm their results, Squair and his colleagues wanted to determine which neurons had been re-activated during recovery. To their surprise, there was a reduction in neural activity in the lumbar spine — the neuronal region in healthy people where walking is orchestrated — of the recovered patients.

“We initially anticipated that participants would show an increased level of activity when they walked [again], but we found the opposite,” Squair said.

Something different was happening in these recovered participants.

The neurons that step up

To get to the bottom of this puzzle, the team turned to animal models and cell mapping. They first needed to build an “atlas” of all the neurons in the lumbar spine on a cellular level to identify specifically which nerve cells were responsible for the recovered ability to walk.

To do this, they used RNA sequencing and a technique called spatial transcriptomics — a method for assigning cell types identified by mRNA readouts to specific locations in the body — and a machine learning method named Augur to help identify the cell types that respond during walking.

It turns out that a previously unknown population of neurons called SCVsx2::Hoxa10 were active in recovering individuals. Analysis demonstrated that these neuron cells possess anatomical and functional features that puts them in a “unique position” following injury to transform information from the brainstem into executive commands that are broadcast to the neurons responsible for walking.

These results demonstrate the essential role of SCVsx2::Hoxa10 in orchestrating recovery from spinal cord injury and paralysis. However, this is just the tip of the iceberg. “These neurons are extremely important, but we [still need to] continue to conduct experiments so that we can understand how these and other types of neurons interact to restore walking,” said Squair.

“Because we [identified] the neurons in the spinal cord that mediate the recovery, this opens up new avenues to target these cells with biological repair or regeneration strategies,” he said. “With our electrical stimulation approaches, certainly the next steps are to conduct these pivotal clinical trials.”