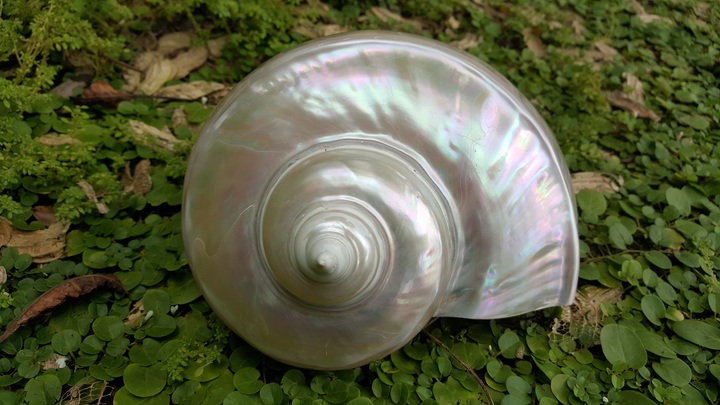 Natural composites such as mother of pearl (also known as “nacre”) have a range of impressive properties. Mother of pearl exhibits extraordinary toughness, given that it is 95% chalk. The organisms that synthesize it, cleverly and intricately deploy that last 5% of organic material in such a way as to make a building block that is the envy of materials scientists.

Recent work by a European collaboration sought to make a large dint in the environmental impact of this industry. Rather than relying on older technologies, they constructed a mother of pearl mimic using bacteria.

The bacteria were deployed in two phases (see above). In the first phase, a sliver of plastic was dipped in a culture containing a bacterial strain. This strain has a specialized enzyme that allows it to cleave urea into ammonia and carbonate. Changing the pH in this culture makes the calcium carbonate solidify, covering the plastic.

In the second phase the plastic/carbonate sliver was coated with a polymer that is produced by a second type of bacteria. This two step sequence was repeated iteratively to give a layered mother of pearl mimic.

The properties of the new material were tested using a wide battery of techniques. It was found to be as tough or tougher than chemically produced mimics and it has increased stiffness compared to the man-made variety.

Alongside the environmental benefits of such a process, this new method is up to 2000 times cheaper than older technology, and may well have some interesting capabilities. For example, the team suggests that it could be readily employed with 3D printing molds to create complex and irregular structures.

It is hoped that these benefits might help this process find application in a range of fields, from civil engineering, to aerospace, to cultural heritage protection. 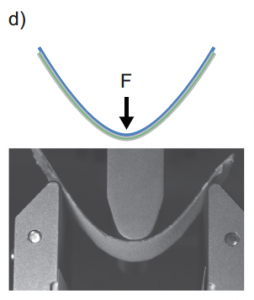