Droop, the decrease of efficiency with drive, is a major technology topic for InGaN-based light emitting diodes (LEDs). 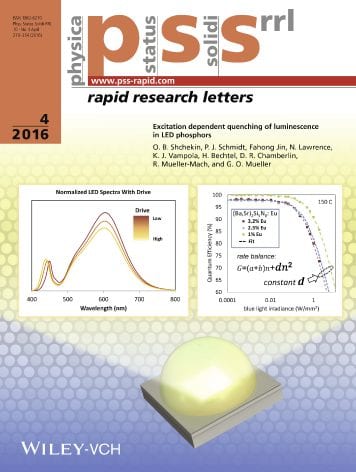 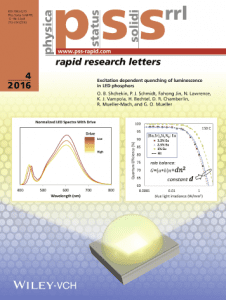 Droop, the decrease of efficiency with drive, is a major technology topic for InGaN-based light emitting diodes (LEDs) and has been historically focused on emission from the InGaN active region.  The paper by Shchekin et al. provides insight into droop in localized center phosphors, exemplified by Eu2+ doped materials.  These materials are widely used to downconvert the blue light of InGaN LEDs into white or other color light.

The droop in phosphors is of increasing importance, as high brightness blue LEDs have reached output power >1 W/mm2 and nonlinearities in phosphor quantum efficiency result in drive-dependent color point shift and reduction of overall efficiency of phosphor converted LEDs. Two processes well-known in laser physics, Excited State Absorption and Cross Relaxation by Foerster/Dexter Transfer can lead to reduction in phosphor efficiency, but they can be differentiated.

A research group at Lumileds has found that at a given temperature, the droop is well predicted by including a loss term proportional to the square of the concentration of excited Eu2+ with its coefficient independent of activator concentration. This finding indicates that Foerster/Dexter Transfer is not responsible for the droop, leaving Excited State Absorption as the likeliest phosphor droop-inducing process.

The text is kindly provided by Oleg Shchekin