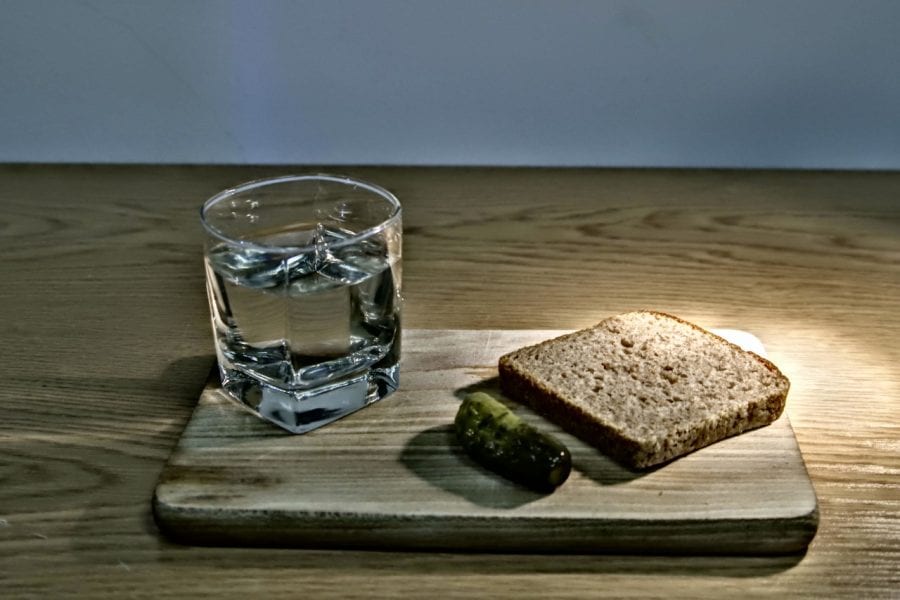 Imagine that you’re in a desert, and haven’t eaten or drunk anything for 2 days. A genie appears from a mirage and offers you a 3 course meal with fresh cool spring water. Famished though you are, you’re going to take the water first, because you’re going to die more quickly from lack of water than from lack of food, and hence your stomach capacity must be reserved for the water. But until relatively recently, the neural mechanism for this response was not fully elucidated. Now, in a paper in BioEssays, the most recent research in this area is brought together to present a synthetic overview of the hunger-thirst connection, and a comparison between the pathways in flies and mammals.

Essentially it’s all about the brain’s sensing of blood osmolarity – how concentrated the soluble and colloid components of blood are: the more concentrated, the more the thirst drive takes the overhand; the less concentrated, the more the hunger drive is dominant. And because eating increases blood osmolarity – on account of soluble digesting products of food entering the blood stream, notably sugars – the act of eating is also intimately connected with the act of drinking. In the mouse, two groups of neurons are involved in creating the opposing system between the thirst and hunger drives (a sub-set of all the neurons involved in controlling thirst and hunger drives): nNOS+ (involved in the thirst response) and AgRP+ (involved in the hunger response); as one might expect upon stimulation, the nNOS+ neurons inhibit eating (whilst stimulating drinking), and the AgRP+, upon stimulation, inhibit drinking (whilst stimulating eating). 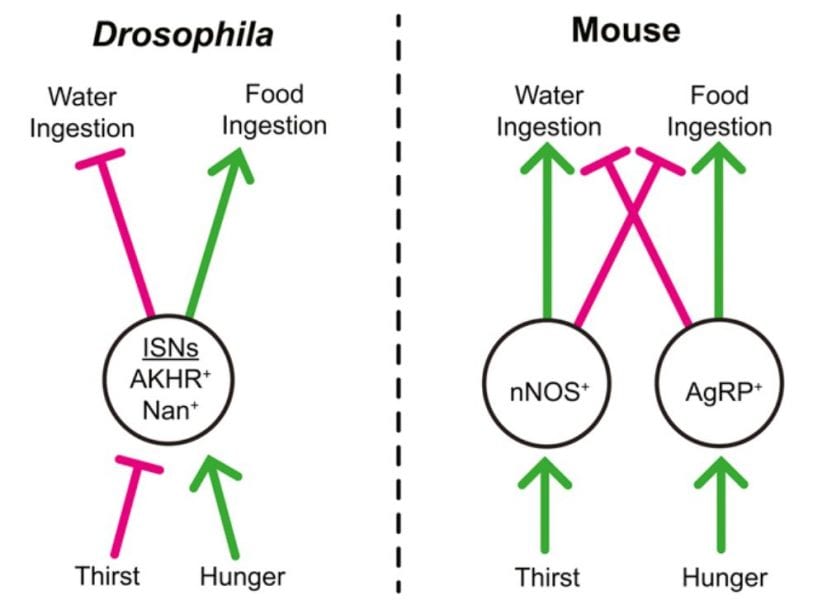 Opposing sets of neurons in two centers of the mouse brain balance hunger and thirst against each other: in the fly, a single centre with two types of neurons does the same job.

The system in Drosophila (the fruit fly) is simpler: a single neural center consisting of AKRH+ and Nan+ neurons coordinates both inputs to produce a balance between thirst drive and hunger drive. Whether there are evolutionarily conserved similarities between the fly and mouse neural mechanisms of hunger and thirst control is an open question: significant similarities exist, but there are also significant differences between the two.