Mattel is introducing a 3D printing system of mobile app plus printer to produce toys. 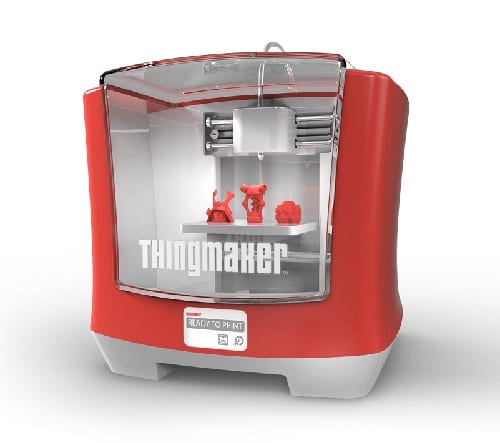 Mattel is a toy manufacturing company with headquarters in California. We know it from products and brands like Fisher-Price, Barbie, and Matchbox. Now the American company decided to come on the fast growing and promising 3D printing market. 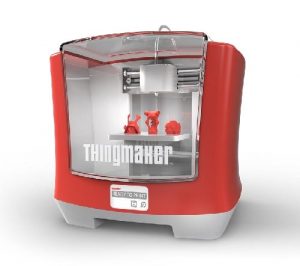 At the New York Toy Fair 2016, Mattel announced the printing system under the brand name ThingMaker and the associated App. Through a previously announced collaboration with Autodesk, Inc. the printing system is designed to virtually hand over the “keys to the toy factory” as the toy maker reported.

By downloading the ThingMaker Design App, families can browse through easy-to-follow templates or tap into their imaginations and build their own creations from hundreds of parts. When the masterpiece is ready for creation, designs get sent right to the 3D Printer, which prints parts in batches for easy assembly via ball and socket joints.

“In today’s digital age, it’s more important than ever for families to transcend the digital world and make their ideas real,” said Aslan Appleman, senior director, at Mattel. “ThingMaker pushes the boundaries of imaginative play, giving families countless ways to customize their toys and let their creativity run wild. We’re thrilled to work with the 3D design experts at Autodesk to bring this one-of-a-kind experience to life.”

“We’re excited to work with a storied company like Mattel to develop an app that bridges the digital and physical worlds and brings new forms of making to the next generation of designers and engineers,” said Samir Hanna, vice president and general manager, Digital Manufacturing Group, Autodesk. “Creativity begins with inspiring the individual. The ThingMaker eco-system makes building your own creations not only possible, but more intuitive for young creators than ever before.”

Available fall 2016 in the U.S., consumers can purchase the 3D Printer at an expected price of $300. According to the toy maker, the Design App also works with other printers; it is available now and free to download for iOS and Android devices.