Nanoparticles can be used to destroy a common bacterial defense mechanism. 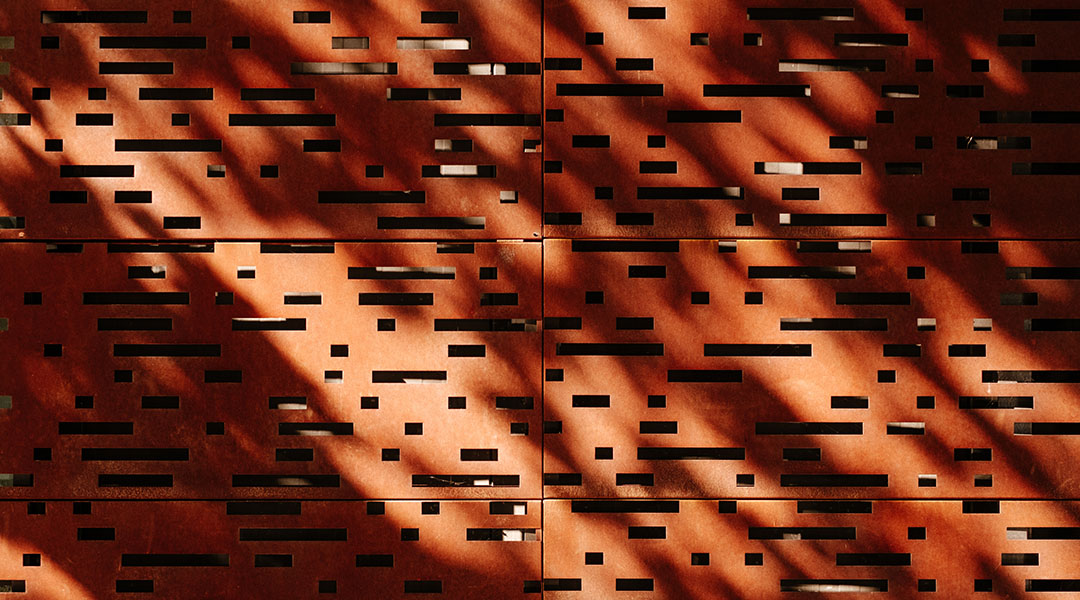 In almost 80% of human bacterial infections, the bacteria form a “biofilm”. Bacteria hidden within these films are often resistant to treatment with antibiotics.

If the surface of the biofilm were to be penetrated, then any antibiotics present would be much more effective.  Perhaps unsurprisingly, nature already employs this tactic.  Bacterial “swimmers” are able to dig holes in biofilms through flagella propelled movement.

It has been shown that after microbial “swimmers” have penetrated a biofilm, antibiotic efficacy increases. However, the clinical use of microbial swimmers is complicated by the risk of these swimmers carrying secondary infections.  In this context, an international team has recently reported using magnetic nanoparticles to create channels in biofilms (Open Access).

Schematic of nanoparticle mechanism of action.

The team prepared magnetic nanoparticles that are known to be nontoxic to human cells.  An experiment was then set up, in which a magnetic field pushed the nanoparticles through a biofilm of common infectious bacteria in the presence of a commercially available antibiotic.

It was found that the antibiotic was significantly more effective after the nanoparticles have been dragged through the biofilm.  The schematic above shows the working hypothesis for this result: channels created in the biofilm allow the antibiotic easier access to the bacteria within. 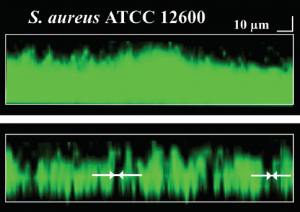 Cross section of biofilm before (above) and after (below) nanoparticle channel creation.

To ensure that this result was indeed due to channel formation rather than simply a chemical interaction between the nanoparticles and the biofilm, a control experiment was devised.  This experiment was identical to the earlier one except that there was no magnetic field dragging the nanoparticles through the biofilm.  As expected, the antibiotic was significantly less effective in this system.

While the possible clinical applications of this technology are still unclear, it is hoped that this work will catalyze further efforts to better understand the benefits of this approach to biofilm eradication.