The ability to readily detect point mutations could have a profound impact on the way that genetic diseases are diagnosed. 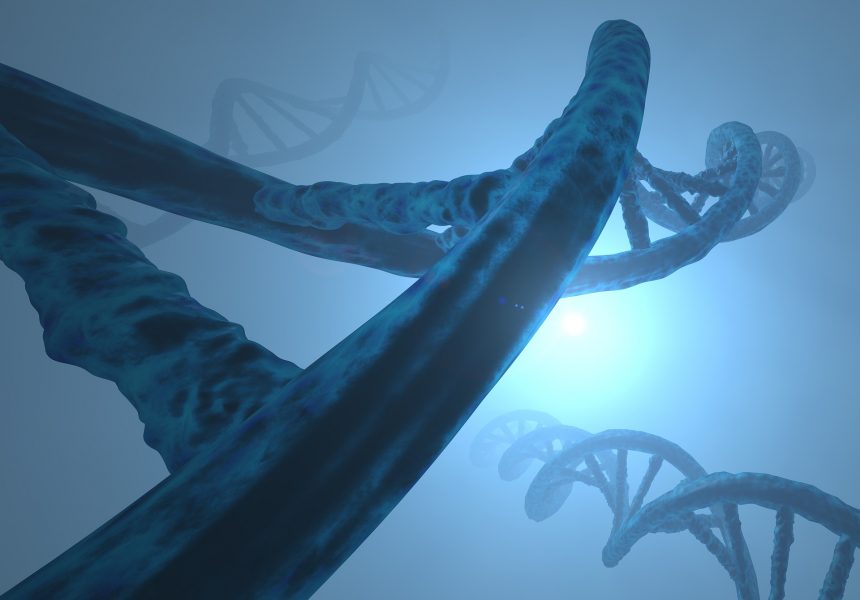 Single point mutations in DNA are linked with various diseases including Alzheimer’s and macular degeneration. They can also play a role in resistance to drugs. The ability to readily detect these mutations in genetic sequences could have a profound impact on the way that genetic diseases are diagnosed, and enable more targeted prescription of drugs.

Unfortunately the detection systems that are currently available tend to have low sensitivity, and as a result can be cumbersome to use. The lack of sensitivity in detecting mutations means that often, DNA must be replicated through PCR before any mutation detection can take place. This requires a second set of specialized equipment, making the detection of these mutations even more challenging. A recent report by an international team details the development of a portable DNA sensor chip, that is significantly more sensitive than the current state of the art. 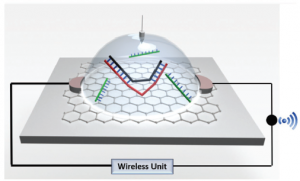 Schematic showing a point mutation DNA strand on the detector.

The chip is made from a layer of graphene, onto which is adhered a normal DNA strand from the genetic region of interest. If a test sample of DNA has no mutations and completely matches the detector DNA bound to the graphene, then it will form normal double stranded DNA. If the test sample contains the mutation, then one of the base pairs will not bind normally to the detector strand.

The change in conformation caused by a mismatched pair, changes the position of the DNA strand, relative to the graphene. Since DNA is negatively charged, this changes the electrical behavior of the graphene, a phenomena that can be readily detected.

The team demonstrated that this device allowed 1000 fold more sensitive detection of single point mutations when compared with currently available technology. They were also able to show that the results of the test could be transmitted to a smart phone, enabling rapid analysis of the test. Given these promising results, the team hopes that this device could improve access for patients to crucial clinical information. 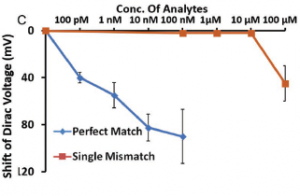