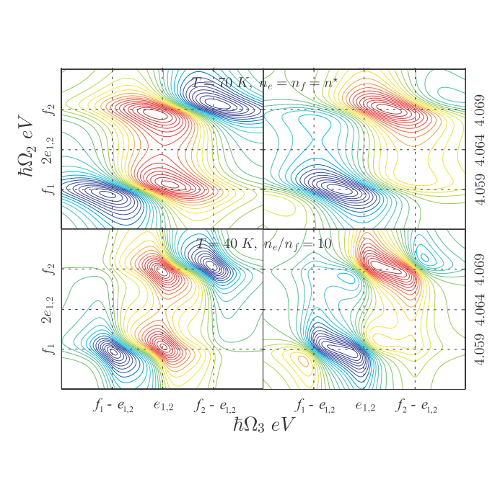 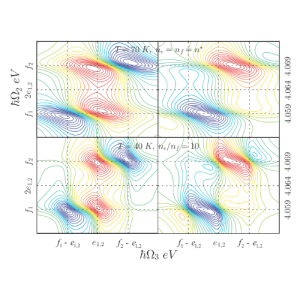 In solid state materials, many important properties are governed by excitons – an electron excited to the conduction band bound to an electron hole in the valence band. In sufficient density at low enough temperatures, these bosonic quasi-particles undergo Bose-Einstein condensation (BEC).

Cuprous oxide (Cu2O), in its naturally occurring mineral form used as a pigment in many household paints, ostensibly meets necessary criteria for exciton BEC. The conventional explanation for why this has yet to be experimentally attained – energy loss due to Auger recombination of excitons – is insufficiently supported by experiments.

An exciting new contribution to physica status solidi (b) posits a clue to the mystery: the possible participation of bound exciton pairs – so-called biexcitons – in the Auger recombination. Unambiguous proof of this hypothesis can only be obtained through experimental observations. The challenge of such an experiment is that biexciton resonances in cuprous oxide are optically dark (“forbidden”), and cannot be directly probed.

The authors propose an elegant solution: experimentally deducing the presence of biexcitons via the theoretically predicted quantum coherence with the optically allowed exciton resonances. Building on the biexciton postulate, the authors analyse a simple yet elegant numerical model for the latter, and obtain some remarkable results: in cuprous oxide, the dipole exciton is forbidden. Therefore, the nature of the (quadrupole) exciton resonance becomes dependent on the orientation of the Cu2O crystal relative to the wave vector and polarization of the exciting photons – the non-linear optical (NLO) response is chiral.

Chiral NLO response is already a much studied effect in certain molecular aggregates, where it is largely due to the variation in relative orientation and optical response of individual molecular moieties. However, molecules may react, degrade, move and reorient for a variety of reasons, making accurate control and technological exploitation of molecular NLO response difficult to attain in practice. In contrast, cuprous oxide is a robust compound, and given a sufficiently pure crystal, precise orientation control is straightforward.

The paper proceeds by suggesting further technological uses for this material: again due to the chiral NLO response, its induced refractive indices become positive in one direction, and negative (gaining) in another, enabling it to detect the polarization of an incident photon. Since the latter is the typically envisioned information carrier for quantum bits, cuprous oxide appears tremendously promising as an ultrafast detector element in quantum computing and -cryptography circuits.

The NLO response may also be exploited using a cuprous oxide crystal as a novel lasing medium, by rerouting emitted photons back into the crystal. The resulting laser is predicted to have an exceptionally narrow line-width.