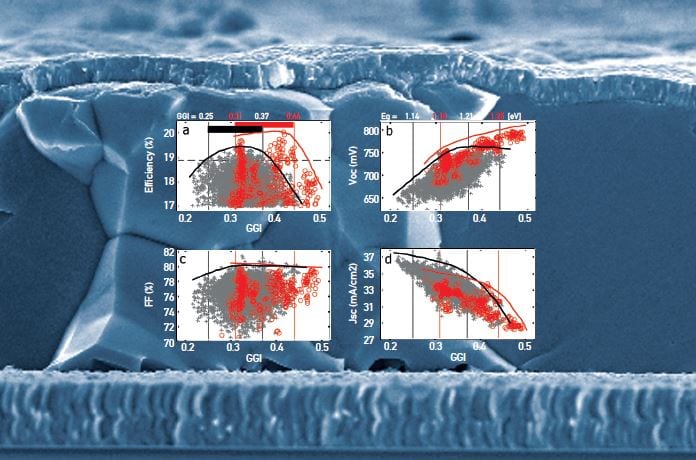 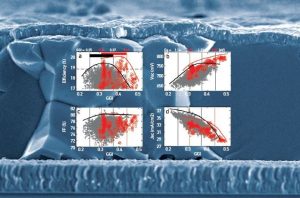 Compositional investigation of potassium doped Cu(In,Ga)Se2 solar cells with efficiencies up to 20.8%

Thin-film solar technologies used to advertise their cause with lower production costs. Now Cu(In,Ga)Se2 (CIGS) thin-film solar cells, in addition, have reached a high efficiency level with a new record efficiency of 20.8 %. With this new achievement by researchers of the Centre for Solar Energy and Hydrogen Research Baden-Württemberg (ZSW), Germany, CIGS even outperforms the current record for multicrystalline silicon solar cells. Decisive in the establishment of this high efficiency level was the application of a new doping procedure.

The investigation of this doping effect has revealed a further positive potential for CIGS technology since it not only increases device efficiencies but also appears to open a new pathway towards higher band gap CIGS solar cells. The potential lies in an increase in device efficiency, in a better integration capability of CIGS modules in mixed technology solar systems, and in an improved reliability.