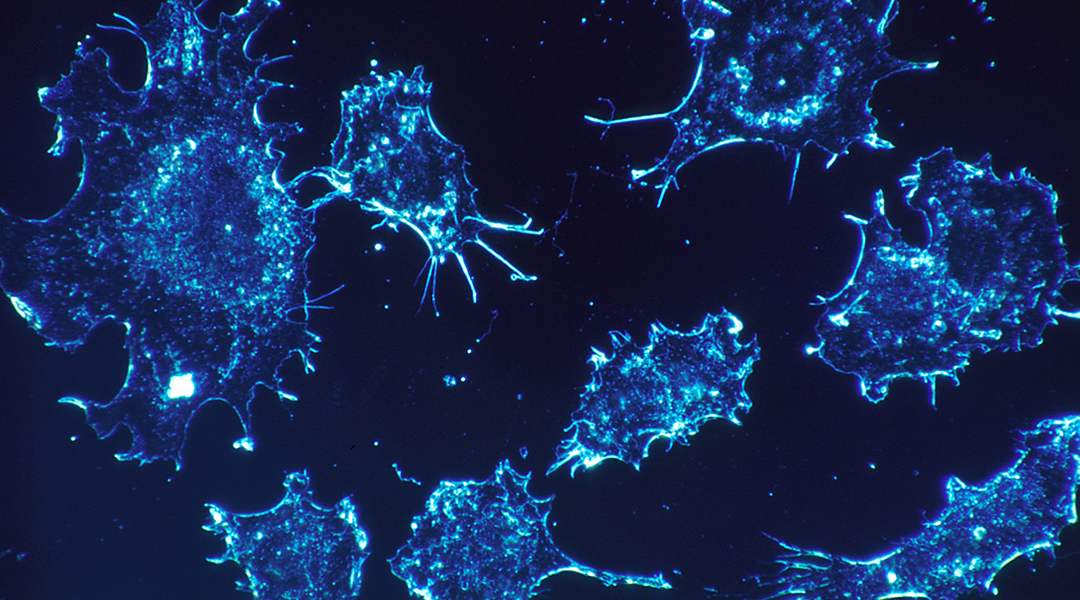 Cancer metastasis is one of the primary reasons for chemotherapy failure and cancer recurrence. A crucial mediator of cancer cell invasion and proliferation, the Rho protein family is a prime target in anti-cancer drug development.

The Rho proteins are members of the Ras GTPase superfamily, whose functions are regulated by various accessory proteins and which bind nucleosides guanosine diphosphate (GDP) and guanosine triphosphate (GTP). The GTPases cycle between an active conformation, bound to GDP, and an inactive state, bound to GTP. The nucleosides bind all GTPases with high affinity to the primary binding pocket, or active site.

A collaborative team of researchers from the Chinese Academy of Sciences, the University of Chinese Academy of Sciences, Guangzho University of Chinese Medicine, Fudan University, and Guangzhou Key Laboratory of Chirality Research of Active Components of Traditional Chinese Medicine have discovered a series of Rho inhibitors, which bind to a non-canonical, or secondary, site outside of the primary site.

Targeting the secondary site of Rho proteins is a favored approach for two reasons. Firstly, the high affinity with which GTP and GDP bind the primary site makes them difficult to displace with synthetic drugs. Furthermore, since GTP and GDP bind all members of the Ras GTPase family indiscriminately, secondary modulators risk targeting other Ras proteins in other locations in the body, which elicits unwanted side effects in these drugs.

Secondary pocket-targeting drugs, on the other hand, have a higher chance of being selective for the Rho family over the other Ras superfamily proteins. However, despite being clinically relevant targets in combating cancer, the Rho GTPases are termed “undruggable” due to their lack of well-characterized non-canonical pockets outside of the primary binding site.

In the current study, the researchers focused on the RhoA protein, one of the best-known members of the Rho family. There are no secondary pockets visible in the static structure of RhoA, but the researchers performed molecular dynamics simulations, which allowed them to explore the conformational flexibility of the protein over time. They discovered a binding pocket that opens up during the simulation.

Not present in other members of the Ras superfamily, targeting this binding pocket could confer selectivity over other Ras proteins. The structural aspects of the pocket present it as a potential target for covalently binding drugs, which bind and capture the secondary site.

Once the team had identified a suitable binding pocket, they investigated suitable ligands. They filtered a database of compounds by their shape complementarity to the pocket and by their ability to antagonize Rho GTPase function. The compound DC-Rhoin had the highest inhibitory activity, and was the focus of further investigation.

After synthesizing a series of DC-Rhoin derivatives, the team identified DC-Rhoin04, which demonstrated even better potency in inhibiting RhoA activity than its parent compound. Furthermore, DC-Rhoin04 was selective for RhoA over other Rho-GTPases. The binding of DC-Rhoin04 to RhoA and the inhibition of RhoA activation was due to its covalent binding to the secondary site. DC-Rhoin4 inhibited Rho-mediated cell migration and invasion of MDA-MD-231 cells, a highly aggressive form of breast cancer, without significantly affecting non-cancerous cells.

The discovery of the DC-Rhoins heralds an unprecedented mechanism for interrupting Rho activity by disrupting the protein region responsible for binding accessory proteins. Strategies involving covalent inhibitors targeting secondary pockets could represent a novel mechanism for targeting other ‘undruggable’ protein targets. DC-Rhoins have the potential to be developed into promising anti-metastasis drug candidates through optimization to further achieve selectivity amongst the Rho family, and to enhance their antagonistic function.