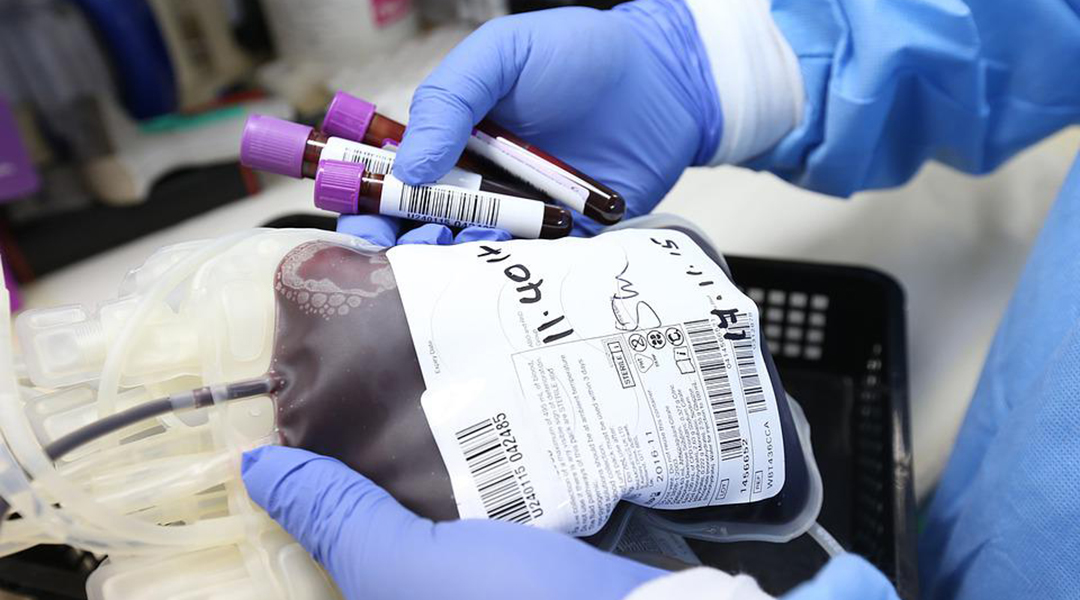 A deficiency of red blood cells, called anemia, is a common and debilitating symptom of the rare blood cancer, myelofibrosis. A team led by Ruben Mesa, director of The University of Texas Health Science Center Health at UTHSC San Antonio, Texas, and Douglas Tremblay, assistant professor of medical oncology at Tisch Cancer Institute, New York, are seeking a solution.

“Myelofibrosis accounts for 30,000 patients in the USA so likely represents well over 500,000 patients globally and can be a major source of morbidity and mortality,” said Mesa in an email.

Myelofibrosis affects the bone marrow, with symptoms including bone pain, night sweats, shortness of breath, and tiredness, adding to the burden of an already crippling disease. Furthermore, an enlargement of the spleen, called splenomegaly, contributes to the development of red blood cell deficiency and anemia, which exacerbates weakness and fatigue.

Ultimately, myelofibrosis can lead to the failure of production of red blood cells in the bone marrow due to excessive scarring of the tissue. Patients suffering from anemia, therefore, require regular blood transfusions to keep red blood cells in check and ensure their survival.

“Transfusions can be very negative for quality of life,” explained Mesa. ”First, having chronic anemia and less oxygen-carrying capacity impacts vigor and activities. Second, being transfusion dependent ‘ties’ a patient to the healthcare system to a great degree.”

Myelofibrosis is caused by mutations of JAK proteins which live on the surface of cancerous bone marrow cells. The mutation leads to an unregulated increase in growth hormones, which in turn leads to unregulated cell growth that manifests as the disease.

This problem caught the attention of Mesa and Tremblay, who sought to develop a new, safer therapy to help improve the lives of those suffering from this illness.

In a clinical trial, the researchers used a new JAK inhibitor called momelotinib and observed that the number of patients requiring blood transfusions during cancer therapy dropped from 72 to 23 — marking a vast improvement.

In subsequent studies, momelotinib was then compared to treatments with an alternative drug called danazol — a derivative of testosterone used to treat anemia but at the cost of being a less effective anticancer agent. It was found that momelotinib performed better than danazol in fighting the cancer and had a comparable positive effect on decreasing the number of blood transfusions in the patient population.

“Results of the MOMENTUM trial validate momelotinib as an important therapy for myelofibrosis that might help three key features of disease: anemia, splenomegaly, and symptoms, and have a unique footprint amongst JAK inhibitors,” said Mesa.

Asked if he was optimistic that anemia could be avoided in future treatments, Mesa answered, “Anemia is a complex feature of many diseases, but I am confident that we have better options for anemia for diseases like myelofibrosis with several agents being very promising.”

This is good news as with better treatment options come an improved quality of life and increased survivability for people suffering from myelofibrosis.