Citizen science: The future of research could be in the hands of many

Citizen science has the ability to improve scientific literacy and benefit communities by getting non-scientists involved in research. 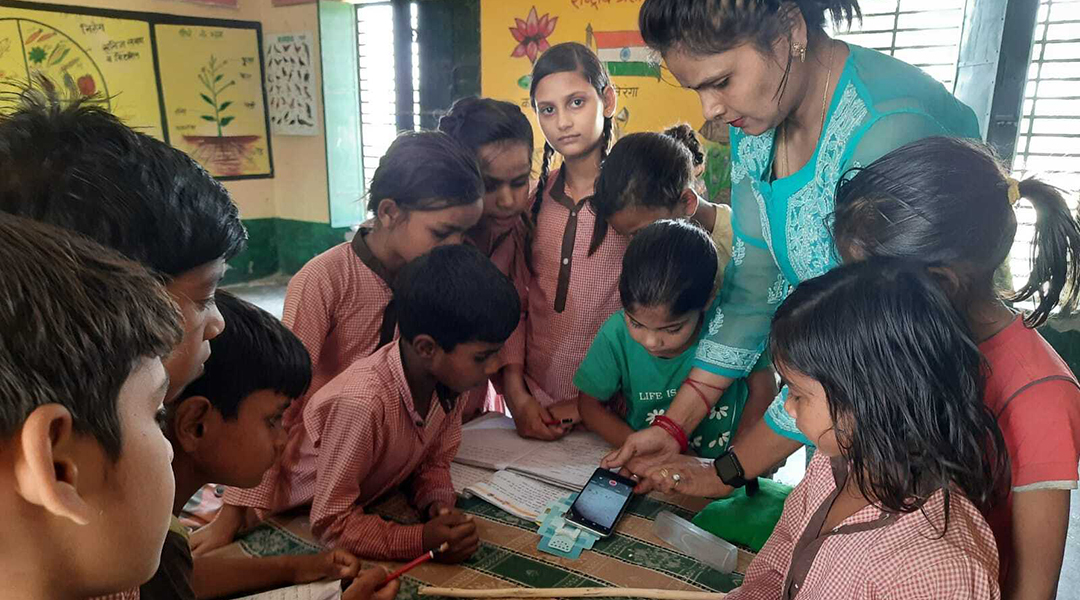 Research is usually conducted behind closed doors, in laboratories operated by universities, research institutes, hospitals, and independent companies, only to be revealed when the results are published in a peer-reviewed scientific journal where they are then mostly read by other scientists.

Only scientific results considered impactful on a massive scale are picked up by news outlets and presented to the public — sometimes with inaccuracies. The COVID-19 pandemic brought to light the stark gap that exists between the public and science, particularly in understanding the results of experiments and their implications. Although researchers are making themselves more visible through social media sites like Twitter or TikTok, many experts argue that this is not enough and involving the general public in scientific research can and should go further.

For Ikbal Choudhury, the path forward is through citizen science. “Citizen science occurs when common people use readily available tools to make routine observations,” he explained. “These observations, taken by many people and over a long-time, lead to meaningful conclusions.”

Choudhury is founder of the non-profit organization Open Field Collective (OFC), which aims to improve scientific literacy and environmental conservation by getting non-scientists involved in research. “Our goal is to empower citizen science by engaging students around the world, providing them with the ability to build and use frugal tools to make meaningful observations — seeding scientific curiosity and interest at a young age, and consequently, furthering global well-being,” he said.

When people without a scientific background contribute to research, it helps scientists gather large amounts of useful and valuable data that might otherwise be impossible to obtain. Citizen scientists also provide a unique perspective, affording a viewpoint or insight into the data they collect that scientists might overlook or simply not consider given their proximity to the research.

More organizations, such as Globe at Night, City Nature Challenge, iNaturalist, and CoastSnap, are cropping up and offer exciting opportunities for volunteers interested in participating in science by helping to collect data related to light pollution, urban and global biodiversity, or coastline change.

One example of citizen scientists successfully contributing to a major research project involved a recently discovered form of the northern lights. Minna Palmroth, a professor in computational space physics from the University of Helsinky, reported a new form of the Northern Lights after collaborating with amateur photographers in Finland.

Palmroth joined a Facebook group of hobbyists who first reported the strange new lights, and when the new type of aurora made another appearance, they immediately informed her and she was able to direct them in real-time, requesting specific photographs from various locations in southwest Finland. The data these photographers provided helped Palmroth’s team gain a deeper understanding of the influence of Earth’s gravitational waves, opening a new avenue to explore the physics of atmospheric distortions.

An emphasis on education

Choudhury and the OFC team, which includes scientists Ankita Jha, Sayak Bhattacharya, Ankit Dwivedi, and Kanika Khanna, also hope their projects will benefit just as much from the power of citizen science. The support of the general public has been crucial to their work in combating climate change and promoting global cooperation in sustainability. “The scientific community is unequivocal about the grave dangers this trend in climate change poses to environmental health and humanity,” said Choudhury. “Sustained observation of our planet is the only way to tackle climate change. However, the current monitoring system is limited by manpower, cost, and is virtually absent in developing countries.”

Therefore, the OFC turned to ordinary citizens, especially those in developing countries where awareness around environmental protection might be lacking, to help tackle these challenges.

“In order to empower developing countries to make such observations, an essential starting point is education. Thus, the lack of equitable or accessible education in these places hinders the opportunities needed to develop a scientific temper,” Choudhury said.  “We aim to ensure that scientific tools and awareness reach all individuals and hope to develop in them the curiosity to go out and explore the world around them.

“This not only inculcates scientific temper among citizens but also has the potential to generate the much-needed data that scientists and government bodies can act upon, especially in remote locations,” he continued. “It also furthers a sense of ownership towards their local environment and the intention to preserve and protect it.”

To date, the OFC offers several interesting opportunities, such as the ability to monitor the growth of algal blooms in bodies of water, which is linked to the health of aquatic systems, as well as observational astronomy and microscopy training.

“We do not want to use citizens as data crunchers to analyze large volumes of data coming out of experiments,” said Choudhury. “Our focus is on education.”

For the OFC’s Algal Bloom Monitoring Project, citizen scientists are equipped with frugal tools such as paper-based spectroscopes and a low-cost microscope known as the Foldscope developed by Manu Prakash and Jim Cybulski. These tools are inexpensive, easy to assemble and handle, and offer a gold standard test for monitoring algal blooms in an accessible way.

The topic is of particular importance, according to Choudhury: “Millions of people live near a water body and depend on it for their livelihood. It is thus critically important to continually monitor aquatic health. A key indicator of water quality is to measure algal bloom, which is caused due to excessive proliferation (‘bloom’) of photosynthetic microorganisms called algae/phytoplanktons.”

Nutrients from different sources, such as fertilizers used in agriculture, find their way into the ocean where they are consumed by algae. This can cause a nutrient imbalance, which can cumulate in the production of toxins when the wrong kind of algae starts to proliferate, harming sea life in the process. “At present, algal blooms cause about $82 million USD in economic losses to the seafood, restaurant, and tourism industries each year,” Choudhury said. “Overall, algal bloom impacts the general health of marine mammals and in freshwater bodies, and can severely affect health in humans, pets, and birds.”

The OFC has already successfully established an open-access library of freshwater algae for educational and scientific purposes called The Algal Web. “In this repository, we document scientific quality data that comes from both ordinary citizens using frugal tools and professional scientists working in high-tech research labs. This is a one-of-its-kind library built and curated by a cohort of global citizens, who organically came together to fulfil a common purpose,” Choudhury said.

He emphasizes the power of citizen science by connecting students and teachers from different backgrounds: “So far, we have reached more than 500 students in three different countries: the US, India, and Bangladesh. Through our program, irrespective of their backgrounds, all students have access to the same tools and educational resources.

“It is also worthwhile to mention that all our work is voluntary, and it is heartwarming to see scientists and non-scientists come together in the middle of a pandemic and manage logistics around these programs.”

How Accurately Can Digital Computers Model Chaos?
IPCC: Climate change widespread, rampant, and intensifying
Zapping antibiotics back into action
Natalie Banerji: “You do not go very far by yourself”