Guo et al. reported on a systematic elastic neutron scattering study of the charge correlations in La2CoO4 as a function of Sr-doping. 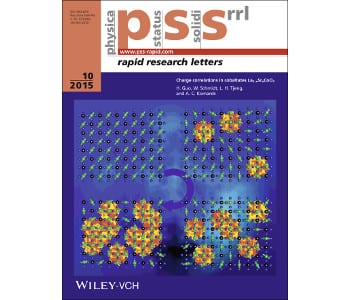 High temperature superconducting cuprates have remained fascinating since their initial discovery in the eighties of the last century. One unifying property of these copper oxides seems to be their magnetic excitation spectrum that resembles an hour-glass in energy–momentum space. Recently, such a spectrum has been discovered also in a copper-free material – the isostructural cobaltates. Initially, charge stripes were assumed to be responsible for these magnetic spectra. However, this can be excluded in the cobalt oxides: instead of incommensurate charge stripe order

Guo et al.  report on a systematic elastic neutron scattering study of the charge correlations in La2CoO4 as a function of Sr-doping. From the doping dependence of peak intensities and correlation lengths the authors can conclude that the half-integer reflections arise from checkerboard charge ordering correlations on the nanometer scale. Hence, the hour-glass magnetic spectrum in these cobaltates emerges in a nano phase separated state consisting of checkerboard charge ordered regions that are interspersed with undoped islands.

This text is kindly provided by Alexander Komarek