Caturo: The smallest concentric tube robot ever made

Scientists have high hopes for a tiny glass tube robot in improving the capabilities and safety of robots used in non-invasive microsurgeries. 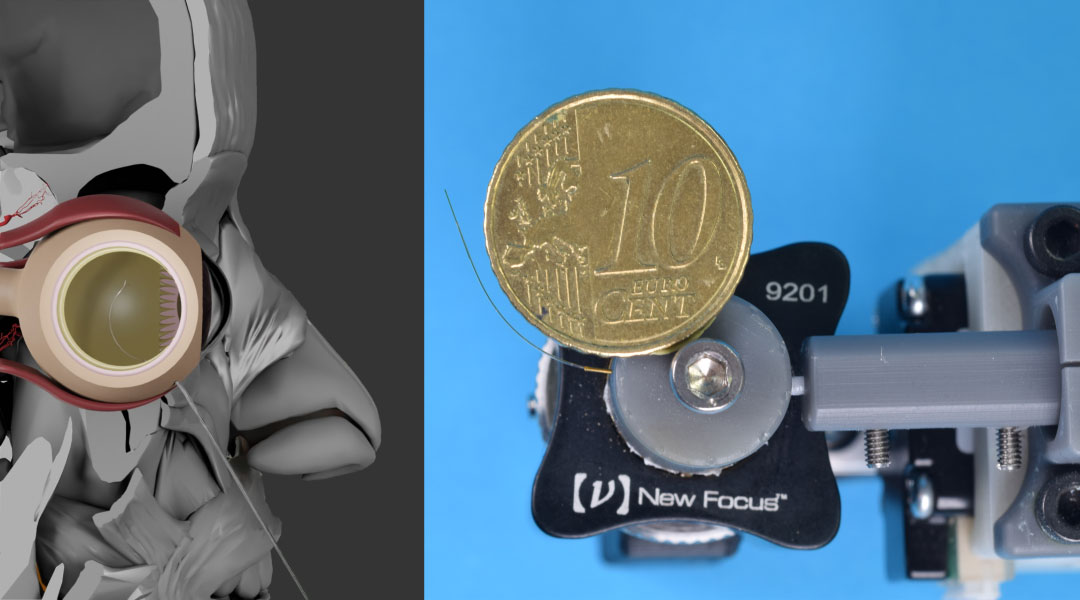 One vital demand in medicine is the need for further miniaturization of dexterous miniaturized devices that are geared towards microsurgery — a delicate operation carried-out using a tiny, dedicated medical instruments or tools such as micro forceps.

“One of the key trends in medicine is the call for miniaturized smart devices, as we have witnessed the paradigm shift from large and complex medical robots with rigid links to simple handheld versions,” explained Chibundo Nwafor, a researcher at the Université Bourgogne Franche-Comté (UBFC), France.

Developing robots and instruments that are compact and flexible makes them safer and easier to maneuver in delicate biological environments. To this end, Nwafor and his colleagues, which includes team lead Kanty Rabenorosoa, associate professor in the Department of Automatic Control and Micro-Mechatronic Systems (AS2M) at the FEMTO-ST Institute in Besancon, France, built a the smallest ever concentric tube robot, which they named Caturo.

“Caturo was born out of a need to develop a special kind of microrobot that could tackle the daunting challenge of microsurgery,” explained Nwafor. “Most especially, areas requiring a tiny sub-millimeter opening to allow the microrobot access to a hard-to-reach surgical site and without any reliance on the surrounding environment or body tissue to reach the desired site.

“A typical example is eye surgery, due to its size — too small for conventional robots — and its complex and fragile internal compositions, this requires a flexible robot whose entire body configuration can be controlled and monitored [without causing unwanted damage].”

Concentric tube robots have been around for about ten years and have demonstrated very interesting capabilities for minimally invasive procedures, such as scarless surgeries. In fact, among continuum robots, concentric tube robots are the smallest, and can achieve highly controlled body configurations and movement.

“They comprise concentrically pre-curved tubes nested into each other, whose configuration is controlled by the translation/rotation at the proximal tube end,” said Nwafor. “This type of robot is ideal for medical interventions as they are extrinsically actuated.”

Since the robot’s active parts are made of tubes, this feature enables their miniaturization when compared to other continuum robots, which might not be as easy to scale down. Taking advantage of the flexibility of glass on the micro-scale, the team says it was possible to develop a new generation of miniaturized continuum robots for medical applications.

Caturo is therefore characterized by a sub-millimeter glass polymer capillary tube with a diameter of just 90µm. “Its sub-millimeter size opens up vast prospects in microsurgery, such as single port, multiple robot deployment and 3D movement in a complex anatomical structure for sample collection or drug delivery,” said Nwafor.

Using a pre-curved optical fiber as part of the robot allows the team to also bring laser light directly to the surgical spot, which has potential in thermal treatment and healing without conventional issues, such as line-of-sight challenges or requiring mirrors to reflect the laser to the desired spot.

To obtain the curvature in the glass polymer tube, the team used thermal treatment of a thin, heat-shrink polymer on a glass capillary constrained in a 3D-printed mold with the desired pattern. “The advantage of the use of glass polymer composite structure includes low-temperature shape setting, decreased friction, low cost, biocompatibility, and the possibility of fast, customizable tube prototyping for patient-specific onsite fabrication,” added Nwafor.

Caturo’s capabilities were explored through various demonstrations, such as constrained path deployment through 1mm wide sewing needles to show its maneuverability. Its’ ability to delivery drugs or carry out procedures such as biopsies were tested in fluid removal and delivery operations.

“Additionally, experimental test using a single fisheye was carried-out and then, transmission of a laser through pre-curves optical fiber,” said Nwafor. “This shows the numerous prospects of Caturo in medical application, though the next phase is working towards clinical trials via improvements and possible commercialization in the nearest future.”

Having nailed down this proof-of-concept prototype, the team will next look at expanding medical applications by improving on the Caturo’s design, including increasing the number of pre-curved tubes for more flexibility as well as the microfabrication of different end effectors for various surgical tasks.

“We need to continue improving the overall robotic system,” said Nwafor. “This might take another three to four years. In the meantime, for commercialization, concentric tube robots made by Nitinol have recently been made commercially available by Virtuoso Surgical — thus, we believe that the proposed approach for pre-curving composite tubes will only grow in popularity.”

Metabolic activators improve recovery time in patients with mild to moderate COVID-19
Monitoring intra-abdominal pressure with new radar system
Even without a brain, metal-eating robots can still search for food
The alliance of data, human experts, and machines to design better medicinal drugs