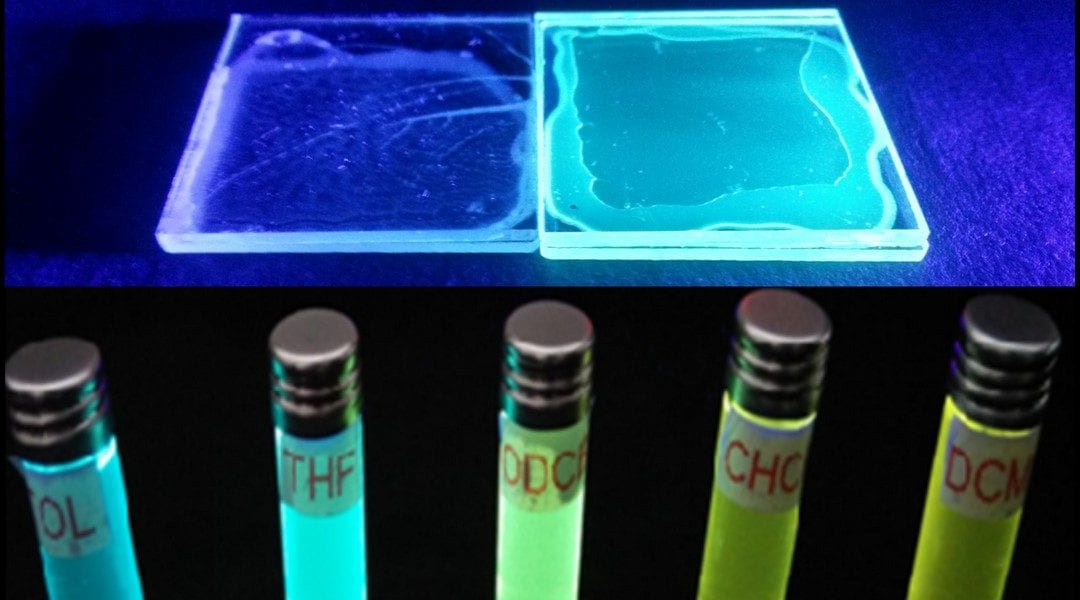 Thermally activated delayed fluorescence (TADF)-type compounds have been attracting tremendous research efforts in the last years. These materials represent an alternative to phosphorescence emitting molecules that have 100% internal quantum efficiency. Although many small molecules have been reported to show efficient TADF, reports of polymers that support TADF are rare. And those who report about polymers have TADF chromophores linked to a polymer network, retaining their monomeric properties.

A team of researchers from the Technical University in Dresden, Germany, led by Prof. B. Voit and Prof. S. Rieneke discuss in their recent paper in Advanced Functional Materials a new strategy that un-locks an additional molecular design rule reserved exclusively for polymeric materials. By introducing a controlled extension of the conjugation of the monomers HOMO wavefunction, the authors observed a destabilization of the latter, which lead to a decreased singlet-triplet splitting and, ultimately, efficient TADF in the polymer. The monomer unit, or the individual repeating unit in the polymer, on the contrary is a poor emitter having inefficient phosphorescence as primary emission channel. As a result, a transition of the photoluminescence quantum yield from about 3% (monomer and model compound for repeating unit) to about 71% (polymer) was observed.

This research shows experimental work, which was predicted by computational Density Functional Theory (DFT). Moreover, it shows for the first time TADF polymers based on a merely radiative, solely phospho-rescent repeating unit via polymerization-induced destabilization of its π-conjugated HOMO energy level. TADF materials are very important for their use as display applications as well as their potential to be-come one of the future, high-efﬁciency-solid-state lighting technologies.