A new microwell chip holds promise for screening immunotherapy drugs with the added bonus that it can include a patient's own cells for optimized treatment planning. 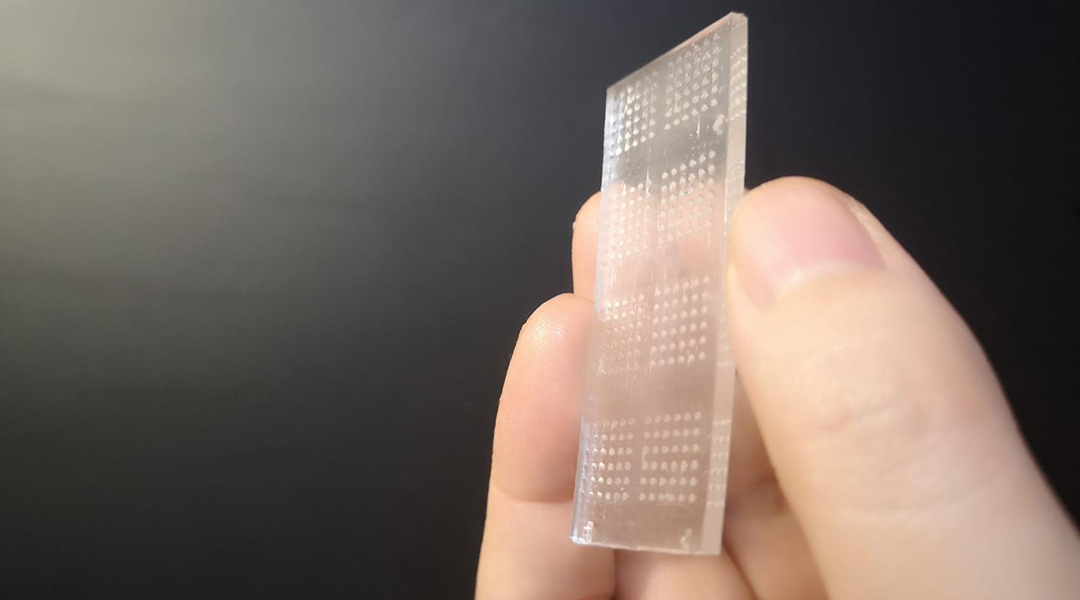 Immunotherapy has the potential to revolutionize cancer treatment by harnessing the body’s own immune system to fight malignant cancer cells, avoiding the need for toxic chemotherapies.

One of the mechanisms that immunotherapy takes advantage of involves T-cells, which are a type of blood cell that play an important role in combating foreign pathogens. On their surface are “immune checkpoint proteins” that recognize and bind partner proteins on other cells, which either stimulates or suppresses T cell activity; this helps keeps them in check and prevents them from harming healthy cells.

T cells can therefore be modified to specifically recognize and destroy cancer cells. However, while a promising way forward, tumors can outwit T cells by producing their own surface proteins that bind with T-cell checkpoint proteins to suppress T-cell activity and prevent the immune system from destroying the cancer.

In order to reactivate patients’ immune systems against tumor cells, scientists have been trying to develop drugs that counteract these suppressive checkpoint interactions. These work by blocking checkpoint proteins on T cells from binding to other cells, preventing any “off” signals being sent and allowing the T cells to kill cancer cells. One drug for the treatment of metastatic melanoma has already been FDA approved, with others currently under development.

While these developments are important, it’s still difficult to determine which patients will respond positively to these therapies and how effective different drugs will be in reactivating T cell activity.

“For ICI-based therapies, the main limitation is the low response rate among the treated patients,” said Professor Wujin Sun from the Terasaki Institute for Biomedical Innovation (TIBI) in an email. “The response rate is associated with tumor type and variations in the immune system strength of different patients. By far, there is a lack of effective approaches to identify responder and non-responder for guiding drug prescriptions. Patients who took the drug but have no response could suffer from side effects as well as financial loss.”

Rather than a trial and error method, tailored models could provide a more effective and personalized approach for doctors and patients to make better clinical decisions.

In a recent study published in Small, a collaborative team from TIBI has sought to develop such a system. With their new platform, the team led by Sun and Professor Ali Khademhosseini hoped to create testing platforms that are practical for clinical use and capable of rapidly testing large numbers of potential immunotherapy drugs against live tumor cells.

“Bringing ways to optimize clinical decisions and personalized medicine for patients is a top goal at our institute,” said Khademhosseini in a statement. “This work is a significant step towards achieving that goal in the realm of cancer immunotherapy.”

Their “cancer-on-a-chip” consists of an array of transparent microwells in which 3D tumor spheriods can be grown and tested on. Spheroids are spherical cellular aggregates that provide an accurate model for the internal structure and behavior of different cell systems, such as tumors. They are emerging as powerful tools for enhancing our understanding of biological systems and in the development of different therapeutics.

Each microwell therefore functions as an independent, tiny bioreactor that allows the researchers to observe the interactions between tumor spheroids, T cells, and different therapeutics.

“The features of our microwell-based chip is the key to our successful development of an immunoactive tissue model,” said Sun. “The chip’s transparency allows for direct microscopic observation and its design allows for high-volume testing, which lends itself well to the rapid screening of immunotherapeutic drugs.”

T cells were co-cultured with the tumor spheroids to model tumor-immune system interactions, such as inhibition of the T cells by the tumor cells as well as potential re‐activation of T cells with drugs known as immune checkpoint inhibitors. Determining whether or not the T cells have been activated can be monitored through cytokine levels, which are small proteins excreted by T cells when they attack invaders — they act as a sort of alarm system, activating other aspects of the immune system to help the T cells out.

Through automated detection of cytokines, the team’s experiments demonstrated their ability to easily identify which immune checkpoint inhibitor drugs were able to effectively reactivate T cells after suppression by the tumor cells. The transparent microwells also allowed them to visually observe how T cells infiltrated breast cancer cellular spheres and how checkpoint inhibitor drugs were able to enhance this ability, as well as prevent T cell rupture, which can occur as a result of the interaction with some tumor surface proteins.

This robust and efficient microwell chip holds promise for enhancing high volume screening of immunotherapeutic drugs against different types of tumor cells, and can also be used to include individual patient cells for optimizing patient response and planning treatment strategies.

With advantages such as easy handling, reliable biomarker detection, and convenient observation, the researchers have shown that this is indeed an important immunotherapy screening platform that may benefit drug discovery, prediction of patient response, and evaluation of therapeutic safety.

“In the future, we will try samples from human patients to see if we can recapitulate human response to ICIs,” added Sun. “We hope we can generate a system that can not only be used for ICI development but also for identifying responders and non-responders.”