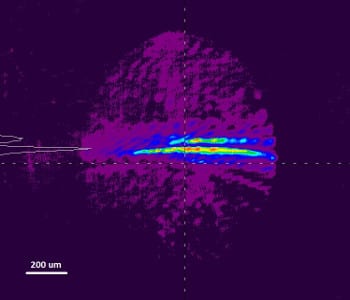 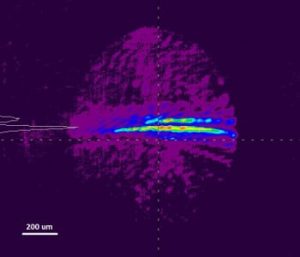 A few decades ago, morphology-dependent resonances in the Mie scattering of spherical particles were revisited and theoretically described. Nowadays, this phenomenon, known as a whispering gallery mode (WGM), is observed in solid microcavities of various geometries.

Microresonators allow access to a broad variety of light–matter interaction phenomena, and have recently been demonstrated as extraordinary tools for biochemical sensing in ultra-small volumes. However, their direct immersion in liquids is challenging, as it reduces the Q-factor and poses serious technical limitations.

In new research, the idea of sensors based on cavities made directly from liquid droplets has been explored. The researchers responsible have demonstrated free-space laser excitation of whispering gallery modes in vertically suspended oil droplets, recording Q-factors of over 105.

A droplet presents unique advantages, owing to direct particle- or analyte-delivery modalities through the liquid environment, and it also serves as a miniature lab, being both the sensor and sample at the same time.

The lifetimes of photons trapped in the droplet are measured for the sensing of species dissolved in the liquid. Real-time measurements of WGM shifts induced by nanoparticles are also feasible, via resonance-frequency tracking.

As opposed to solid microcavities, where the evanescent tail is monitored, the intracavity field of these liquid microresonators is directly exploited, thereby pushing down the ultimate detection limits.

This approach opens a realm of applications for biosensing and spectroscopy, as well as for the characterization of viscous-elastic properties of fluid materials.