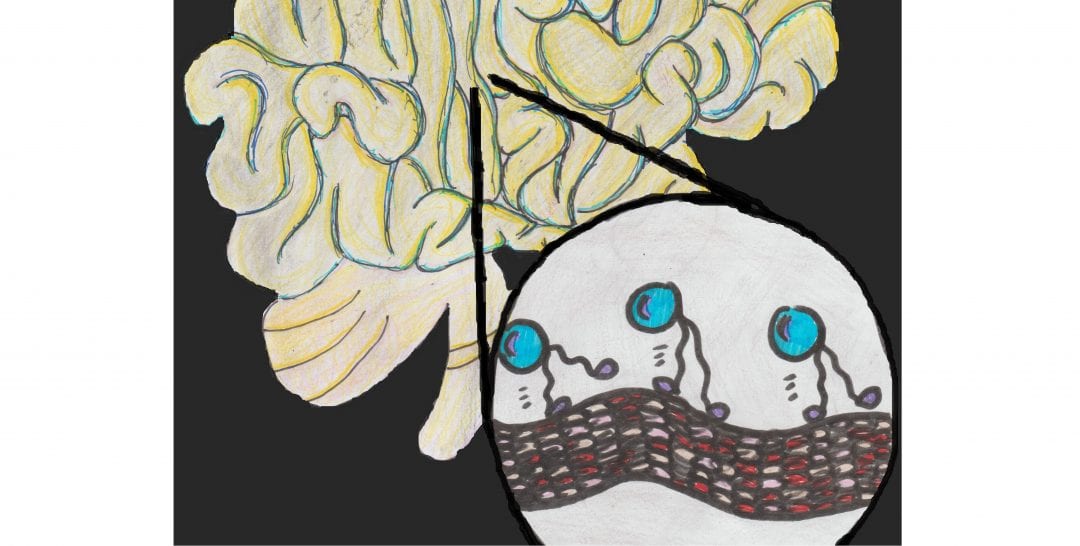 Organelles, cargo and vesicles containing metabolites within cells are usually transported via kinesin mediated transport along microtubules. Microtubules, which are part of the cellular skeleton, are self-assembled biopolymers, generated from the dimer protein tubulin. The kinesin transport process involves stepwise movement of the dimeric kinesin protein on microtubule tracks, which looks like a protein with two legs walking on a string. 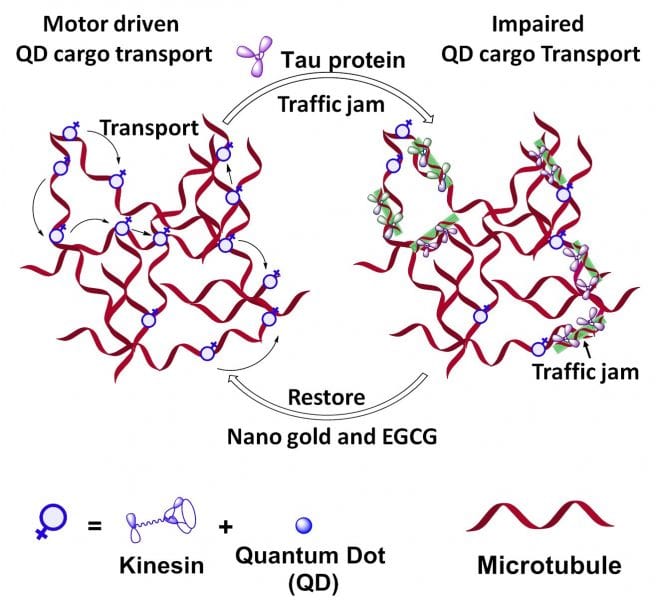 When the kinesin-microtubule mediated cargo transport is disrupted, it may lead to various motor neuron diseases. This so-called traffic jam is also a hallmark of various neurodegenerative conditions, such as Alzheimer’s disease. A microtubule associated protein called Tau, known to crosslink the microtubule network inside the cell, can be the cause for this type of neuronal traffic jam, when it is present in excess.

Winfried Teizer, from Texas A&M University and Tohoku University, Sendai, Japan, and colleagues have mimicked this traffic jam phenomenon in a lab-on-a-chip set up by introducing the Tau protein.  The study, published in Advanced Biosystems, initially shows healthy kinesin motor movement on microtubule tracks while the addition of tau protein leads to a “diseased” cessation of motion. In an effort to revive the immobilized motors, several compounds were tested. Citrate coated gold nanoparticles (AuNP) and Epigallocatechin gallate, a polyphenol phytochemical found in green tea, restore healthy kinesin motor movement. A mechanism study revealed that AuNP can bind to Tau protein, changing its structural conformation.

This study does not only employ a new bio-mimetic system using lab-on-a-chip nanofabrication to study motor protein related disorders in a cell free environment, but also demonstrates the effect of compounds that may have the potential to treat or prevent dementia.