Brain implants with a short and sweet solution 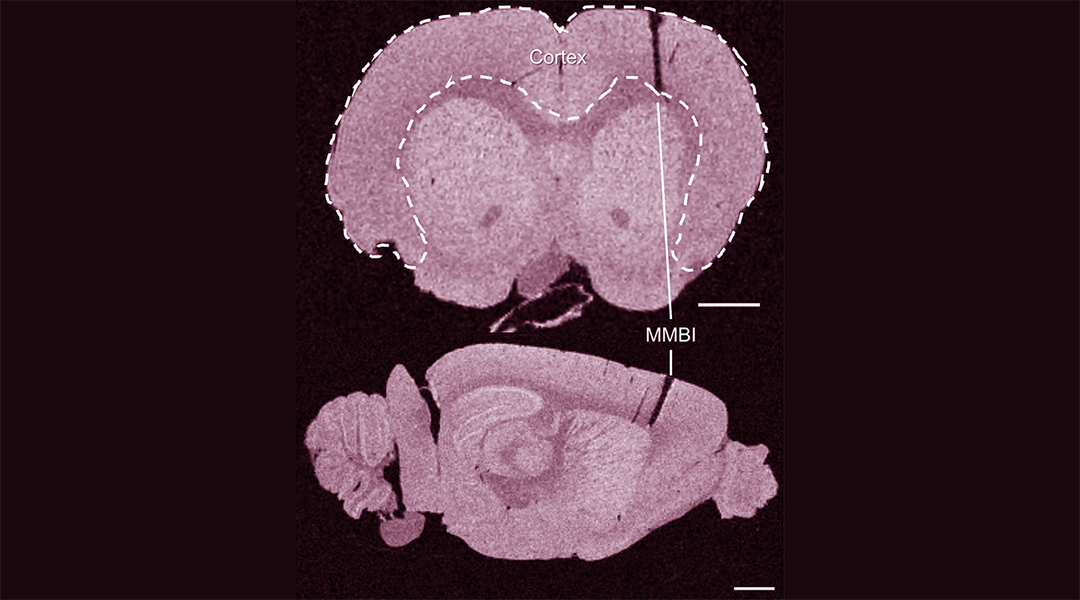 Brain implants offer hope for treating neurological dysfunction and for treating other nervous problems such as paralysis. For example, brain implant studies have shown they can be used to pinpoint where in the brain seizures are taking place in sufferers of epilepsy, and restore movement and sensation to parts of the body paralyzed from spinal cord injury.

However, problems arise from the materials used in contemporary brain implants; they are extremely hard compared to brain tissue. Brain tissue has a consistency akin to pudding, and so introducing a hard-bodied implant to this environment creates constant strain and stress, causing inflammation, scarring, and therefore reduces efficacy of the implant. If brain implants that are just as soft and “pudding-like” as the brain itself, such problems would be drastically reduced. Or so the theory goes.

Researchers at McGill University in Canada set out to prove this right and have successfully found an ingenious solution using silicone polymers and sugar.

Silicone polymers have long seen effective applications for medical implants and the team at McGill have now created the softest-known brain implant to date, exhibiting a consistency of, yes; pudding.

But the dessert analogy doesn’t stop there. In fact, analogy turns to reality when the scientists devised a way of inserting the implant into the brains of anesthetized rats. Taking a leaf out of cookery books, quite literally, the implants were made by the same techniques of sugar melting, caramelizing, and molding. This was then encapsulated into a hard-sugar needle and injected into the brain.

Writing in Advanced Materials Technologies, the implant, dubbed an MMBI (mechanically matched brain implant) is only a few millimeters in size and the sugar needle within which it is injected dissolves within seconds. Sugar is non-toxic and readily metabolized by the brain. In some ways, one could think of the needle as being the “lollipop” rewarded to the brain for being so brave.

Analyzing the brain tissue weeks after implantation, the team found lower indicators of foreign body response in the immediate area that with traditional implants.

“The implants we created are so soft that the body doesn’t see [them] as a big threat, allowing them to interact with the brain with less interference,” said Edward N. Zhang, the study’s first author, in a press release. “I am excited about the future of brain implant technology and believe our work helps pave the path for a new generation of soft implants that could make brain implants a more viable medical treatment.”

It is hoped that the next big step in the field would be making electrically active implants with this technique. The current work show-cases a successful proof-of-concept, but the implants themselves had no electrical or clinical functionality.

“Biomedical engineering research is about making the impossible, possible,” said David Juncker, the study’s co-senior author, in the same press release. “Here we set out to make an implant as soft as the brain and implant it into the brain, which was a major challenge. We are excited about the results, and the possibility it opens up for long lasting, well-tolerated brain implants”

Tim Kennedy, the other co-senior author, gave due credit to Zhang, a graduate student during this study, over the novel sugar-based solution for implantation. “The miniature sugar needle devised by Zhang is a sweet solution to placing the super-soft implant into equally soft brain tissue.”

The research certainly opens up the doors for further developments in biomedical engineering which Juncker alluded to as the boundaries between materials science and medical science become increasingly blurred.