New publication brings together theory and experimental results in molecular electronics - can we go beyond Moore's law? Emanuele Orgiu & Paolo Samorì of ISIS tell us more 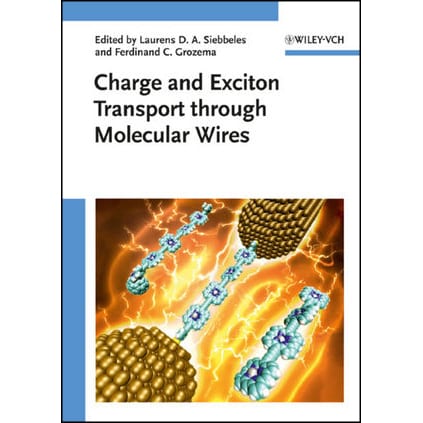 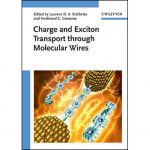 Since Moore’s law was enunciated in 1965, an extreme need arose for the integration of a progressively larger number of transistors per square centimeter. Such a challenge can be accomplished by combining the top-down and the bottom-up approach. In the former, within an attempt to follow this overwhelming demand, photolithography techniques became more and more refined at the expense of fabrication easiness, bulkiness of the machinery and, last but not least, production costs. Furthermore, these top-down fabrication techniques are intrinsically limited by the wavelength of the incident light, nowadays already in the extreme ultraviolet range, as well as the lens quality which will not match up the tens-of-nanometers design rules in the very near future. On the other hand, the bottom-up fabrication requires a deep understanding on the properties of molecular components that nature provided us with, i.e. single molecules or groups of molecules, in particular when interfaced to electrodes.

This book brings together the contributions by some among the world leaders in the field, by combining the viewpoint of experiments and theory while giving a broad panorama of “Charge and Exciton Transport through Molecular Wires”. Design and characterization of single-molecule and organic molecular wires are described and analyzed in depth whereas their applications as transistors, molecular machines or light-harvesting devices is presented in a very multidisciplinary approach.

The fundamentals of single molecule devices and charge and exciton transport in molecular wires are systematically presented by the book editors in the introductive Chapter I.

Chapter II focuses on “Quantum interference in Acyclic Molecules” (Gemma C. Salomon, David Q. Andrews and Mark A. Ratner) and describes the properties of wires of acyclic cross-conjugated molecules and their applications as transistors and rectifiers. It is particularly interesting that the chapter ends with the discussion of real effects which can undermine the theoretical predictions when working with the real-world devices.

Chapter III tackles the “Hopping transport in Long Conjugated Molecular Wires Connected to Metals” (Seong Ho Choi and C. Daniel Frisbie). In other words, the transport over molecular wires is extended to the case in which the wire dimension exceeds typical tunneling lengths. Charge transport mechanisms in the above-mentioned condition are discussed while examples of electrical characterization in oligophenylene imine molecular wires having different length are provided.

Chapter IV describes the “Tunneling through Conjugated Bridges in Designed Donor-Bridge-Acceptor Molecules” (Bo Albinsson, Mattias P. Eng and Jerker Mårtensson) and opens the part II on Donor-Bridge-Acceptor systems. Studying covalently bound donor (D) and acceptor (A) molecular systems sheds light onto fundamental processes of electron and energy transfer occurring in more complex assemblies. In particular the authors emphasize π-conjugated bridges which turn out to strongly affect the transfer rate between the D and A parts.

Chapter V is entitled “Base Pair Sequence and Hole Transfer through DNA: Rational Design of Molecular Wires” (Josh Vura-Weis, Frederick D. Lewis, Mark A. Ratner and Michael R. Wasielewski). Through transfer absorption spectroscopy the authors carry out an exhaustive investigation of charge transfer over double-stranded DNA strand with varying the D-A distance and the base pair sequence. A balance between an introductive theoretical approach and experimental results is attained, thus providing the reader with a thorough understanding of the presented topics.

Chapter VI deals with “Charge Transport through Molecules: Organic Nanocables for Molecular Electronics” (Mateusz Wielopolski, Dirk M. Guldi, Timothy Clark and Nazario Martín) and investigates the electron and energy transfer reactions in conjugated donor-bridge-acceptor (DBA) systems. Specifically, the differences between electron transfer and energy transfer process are analyzed in detail while mechanistic aspects related to the role of the bridge in DBA conjugates are meticulously tackled.

Chapter VII describes the “Electron and Exciton Transport to Appended Traps” (John R. Miller, Andrew R. Cook, Kirk S. Schanze and Paiboon Sreearunothai) and opens the part III on Charge Transport through Wires in Solution. This chapter covers the issues related to transport to appended traps, which are responsible for capturing charges or excitons created in a molecular wire. Interestingly, experimental methods and results are described spanning from electron and hole transport to polaron transport as well as singlet and triplet excitons.

The “Electron Lattice Dynamics as a Method to Study Charge Transport in Conjugated Polymers” is presented in detail in Chapter VIII (Sven Stafström and Magnus Hultell) which focuses on the detailed description of how charge carriers interact with the nuclear degrees of freedom of the molecular backbone during the dynamic transport process. The presented method applies to the studies of dynamical processes in both molecular and polymeric systems, especially to processes involving charge transport.

Chapter IX is about “Charge Transport along Isolated Conjugated Molecular Wires Measured by Pulse Radiolysis Time-Resolved Microwave Conductivity” (Ferdinand C. Grozema and Laurens D. A. Siebbeles) and closes the part III. Compared to the previous two chapters, this one proposes a different approach named pulse radiolysis time-resolved microwave conductivity (PR-TRMC) to study the charge transport/transfer in molecular wires. Direct current conductivity measurements on single molecules between electrodes are limited by the contact effects and do provide only limited information about the mobility of the charge carrier which, while tunneling from one electrode to the other, does never become localized. The original characterization technique relies on the generation of charges on the conjugated chains by irradiation with high-energy electrons and measurement of the mobility through an oscillating microwave field.

Chapter X glosses over “Structure Property Relationships for Exciton Transfer in Conjugated Polymers” (Trisha L. Andrew and Timothy M. Swager) while opening the final part IV, on “Exciton Transport through Conjugated Molecular Wires”. This chapter covers the photophysical properties of exciton transport in a series of poly(p-phenyl ethynylene)s (PPEs) and starts with an original session in which the use of energy migration in PPEs to create signal gain in chemical sensors is discussed.

Overall, this book is very readable and well structured with up-to-date references. It will surely gain a lot of attention from a broad range of scientists and engi
neers interested in the exciting world of molecular wires but also from scientists involved in a wider spectrum of backgrounds including physics, material science, biology, spectroscopy, chemistry and engineering. We have enjoyed reading this book very much!